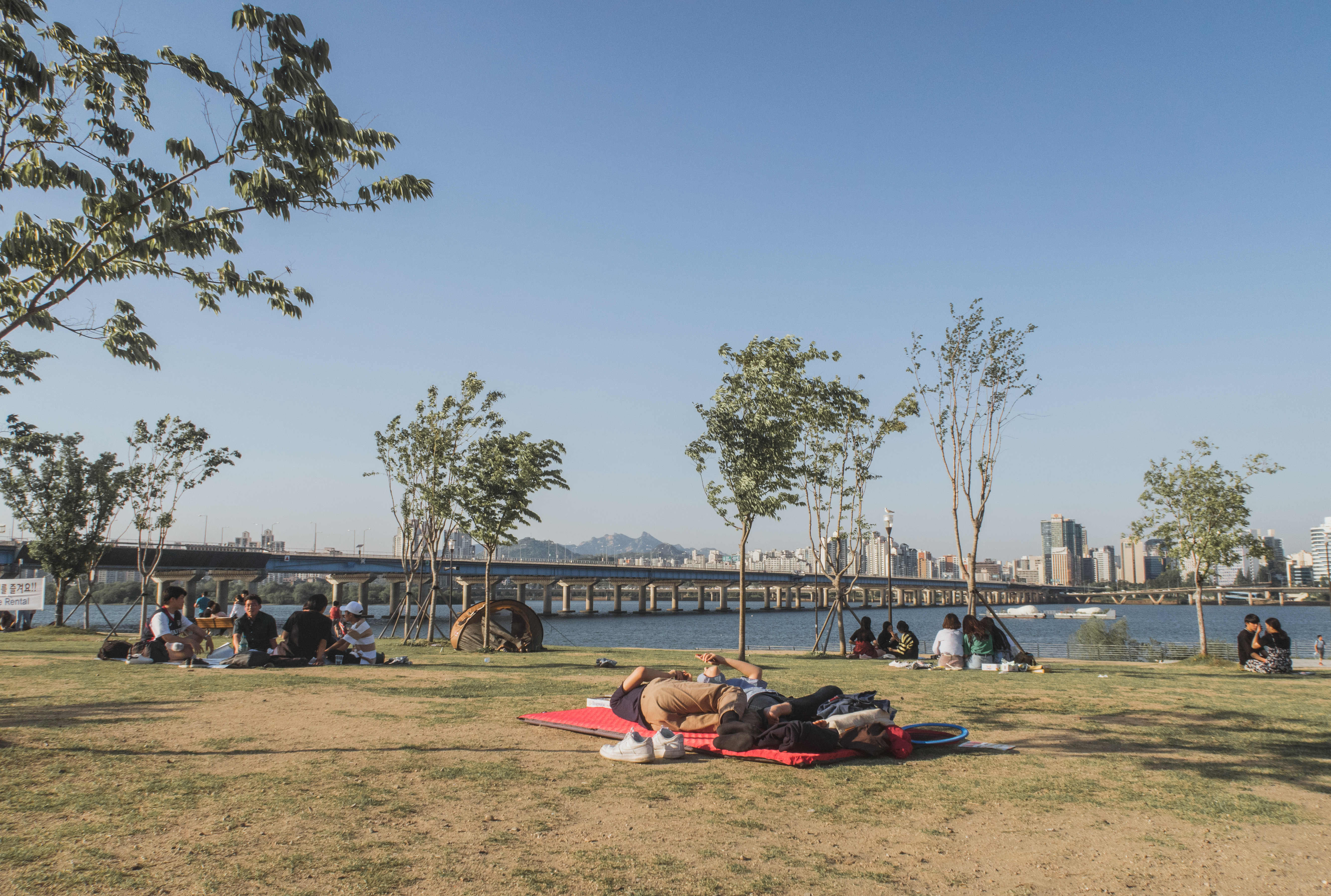 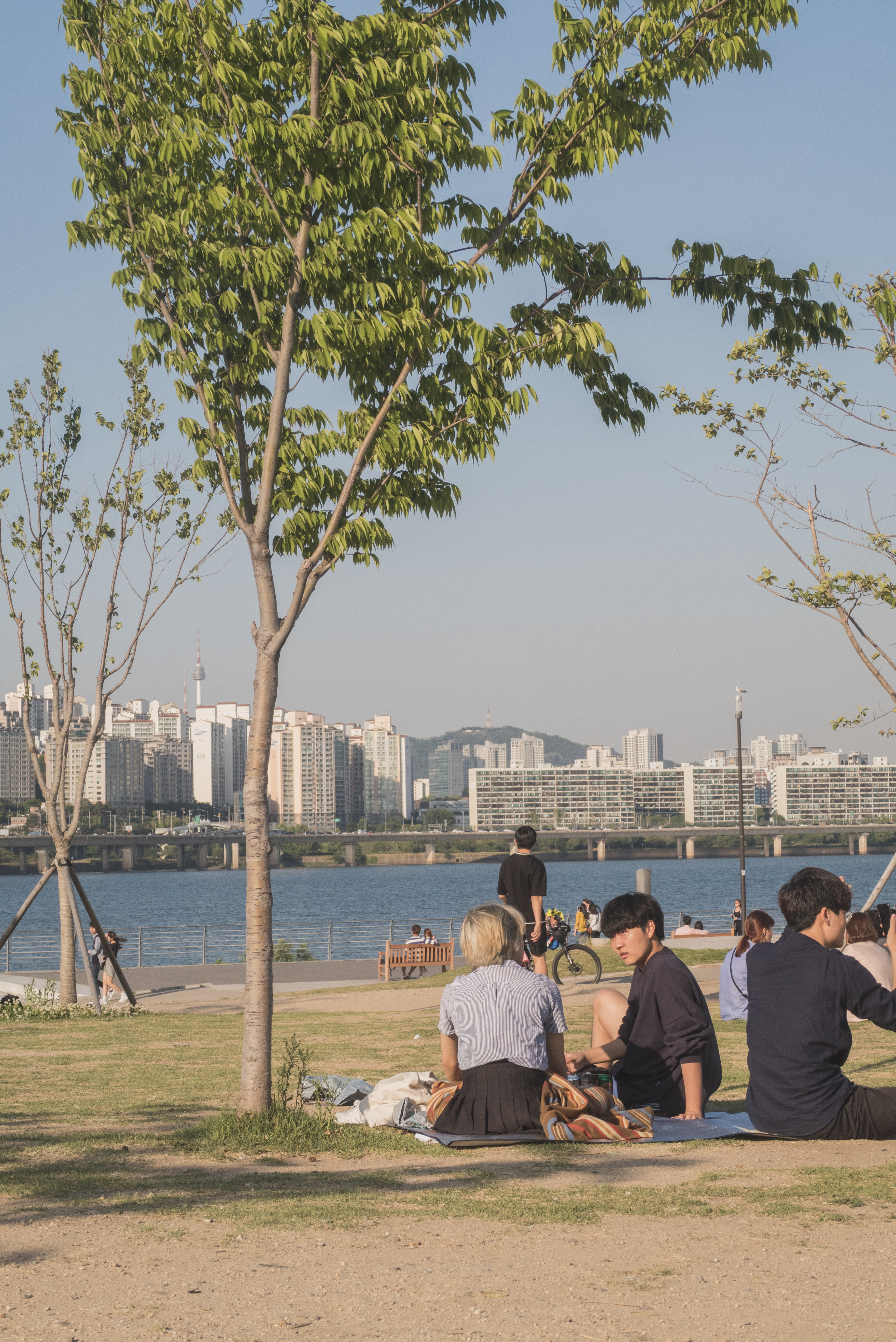 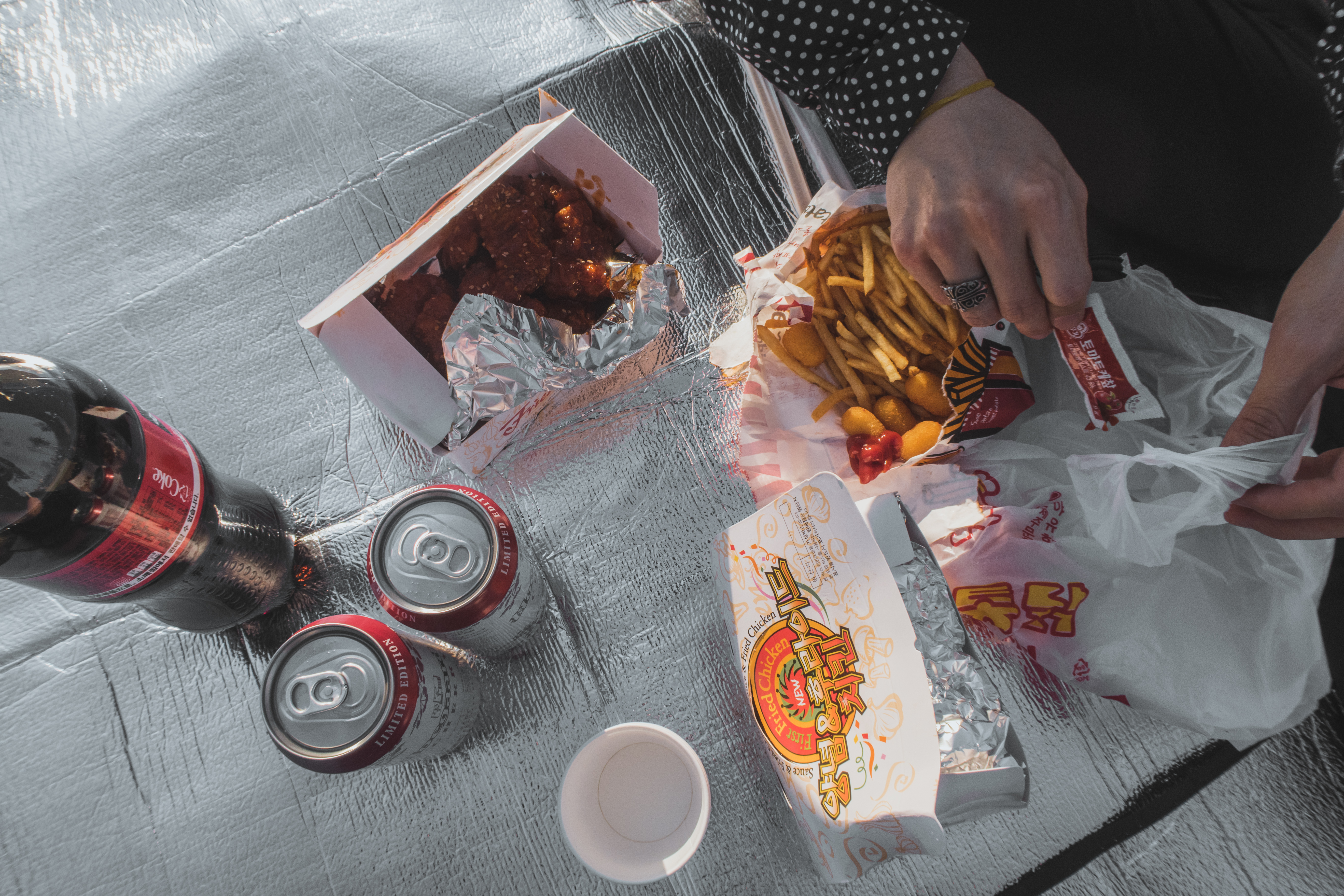 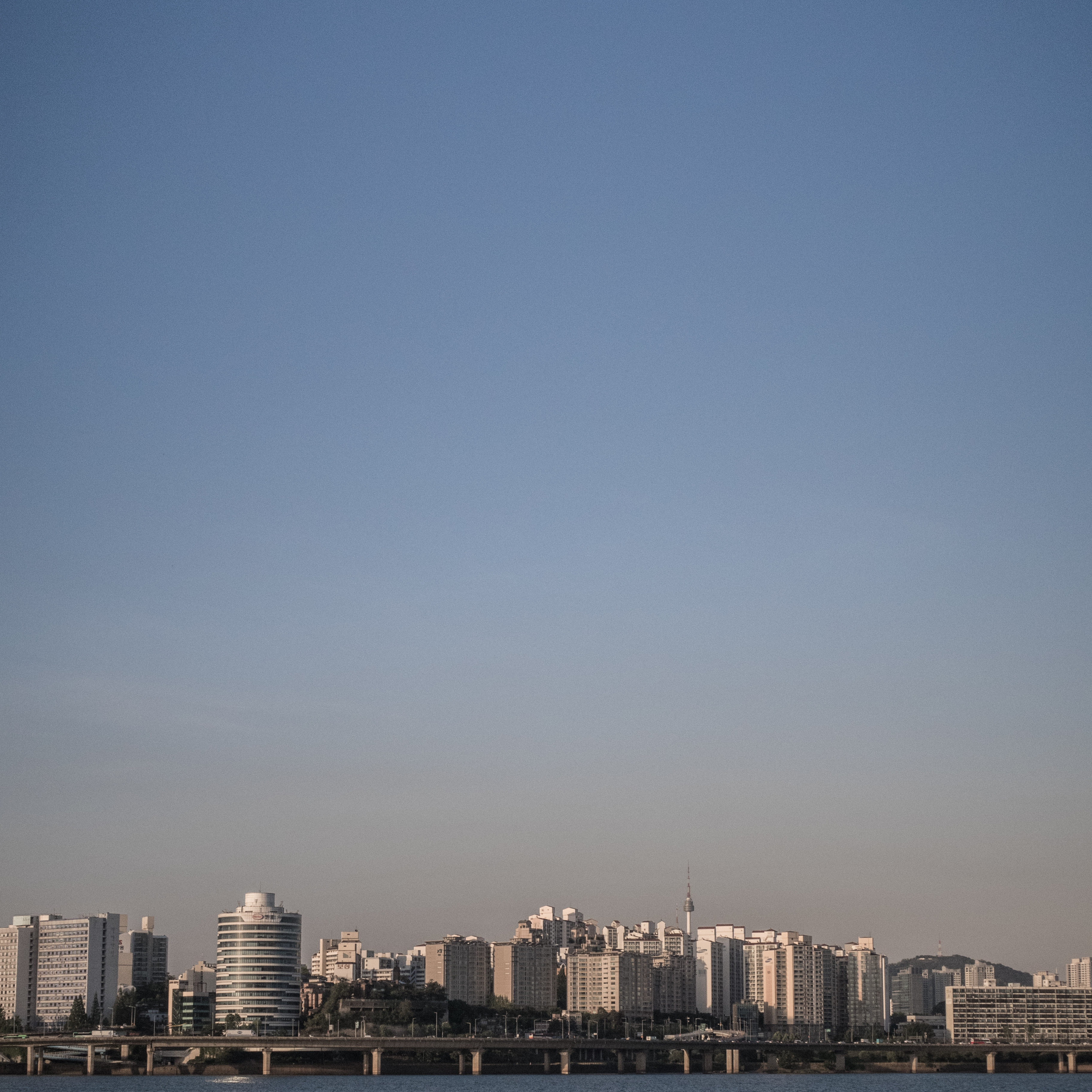 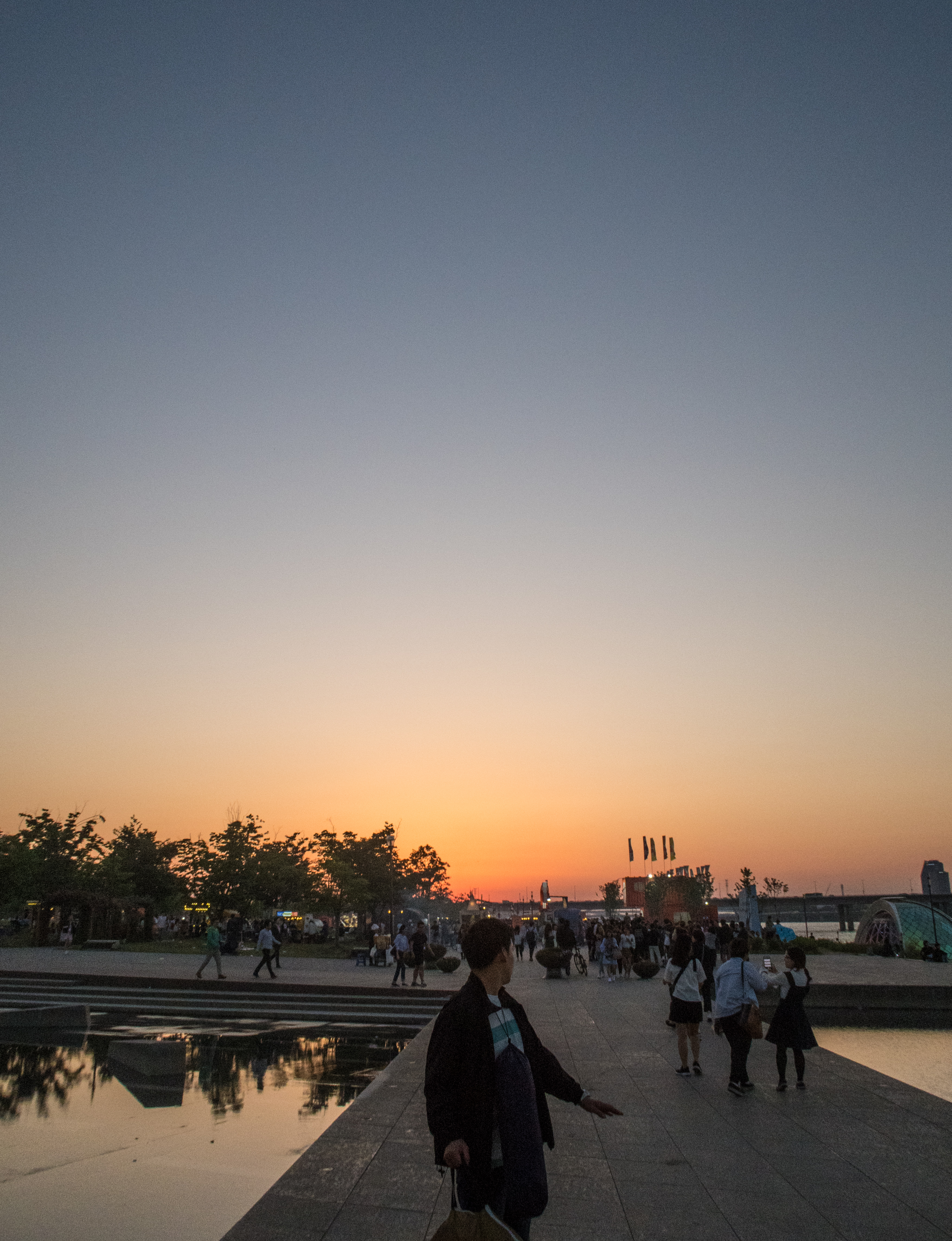 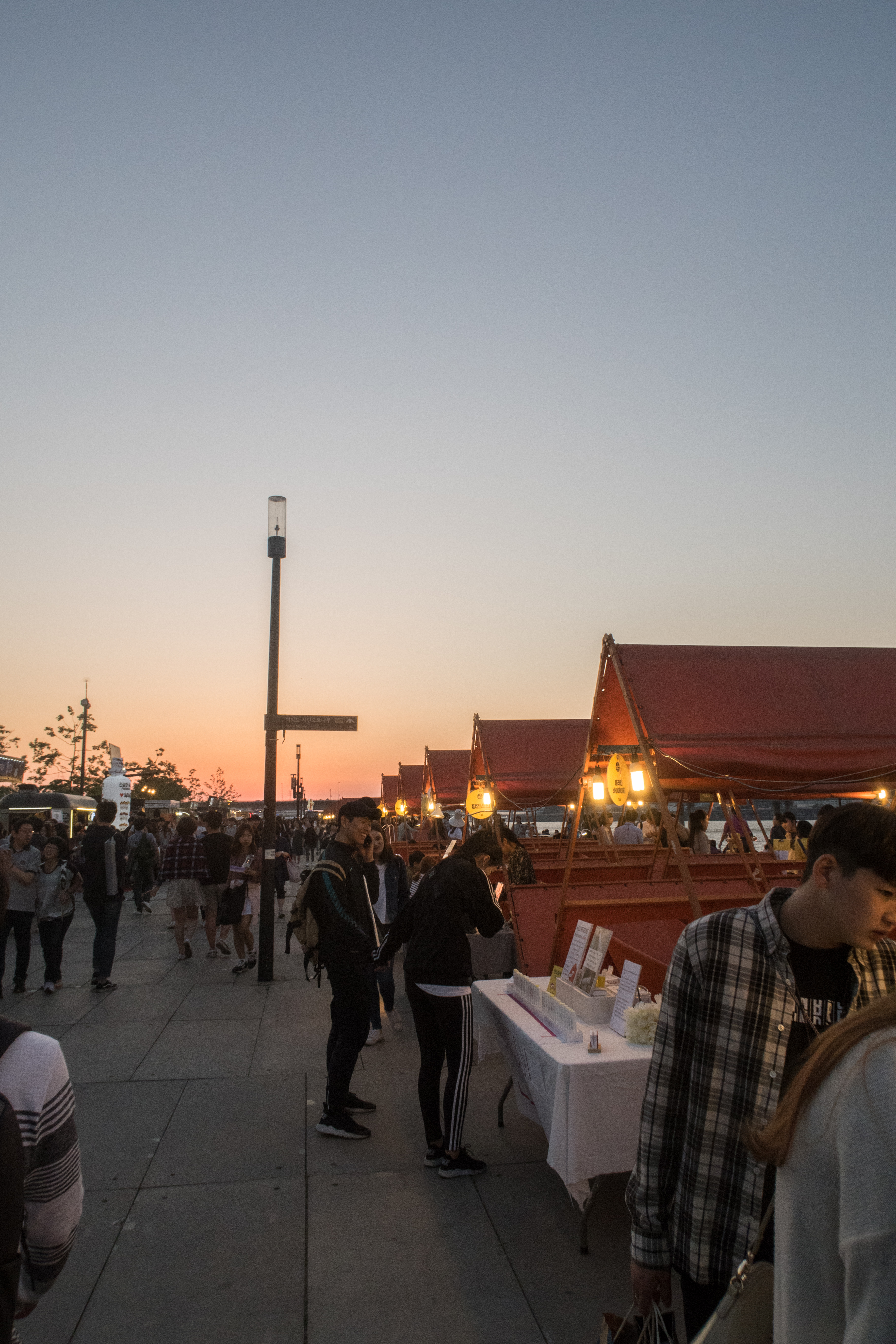 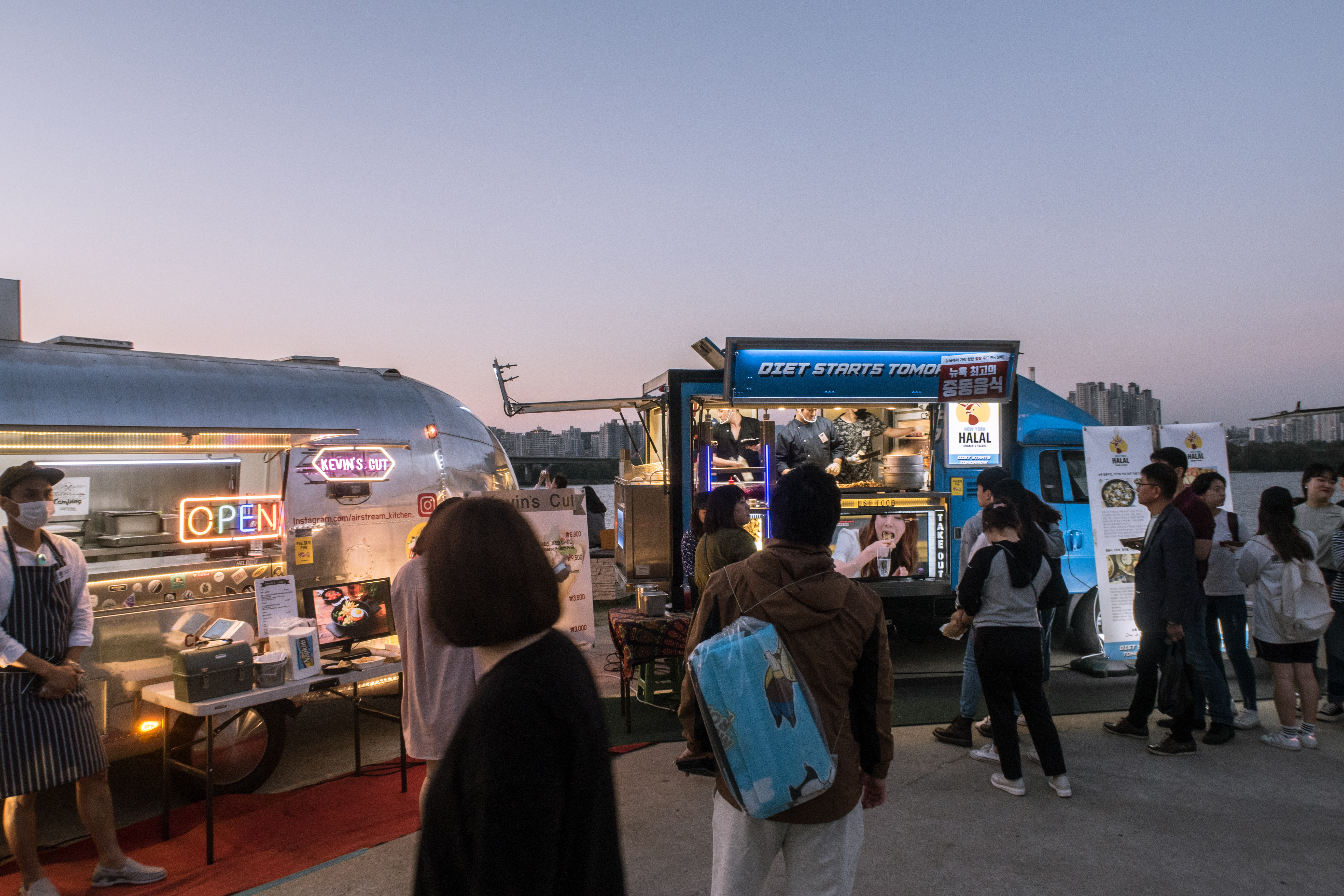 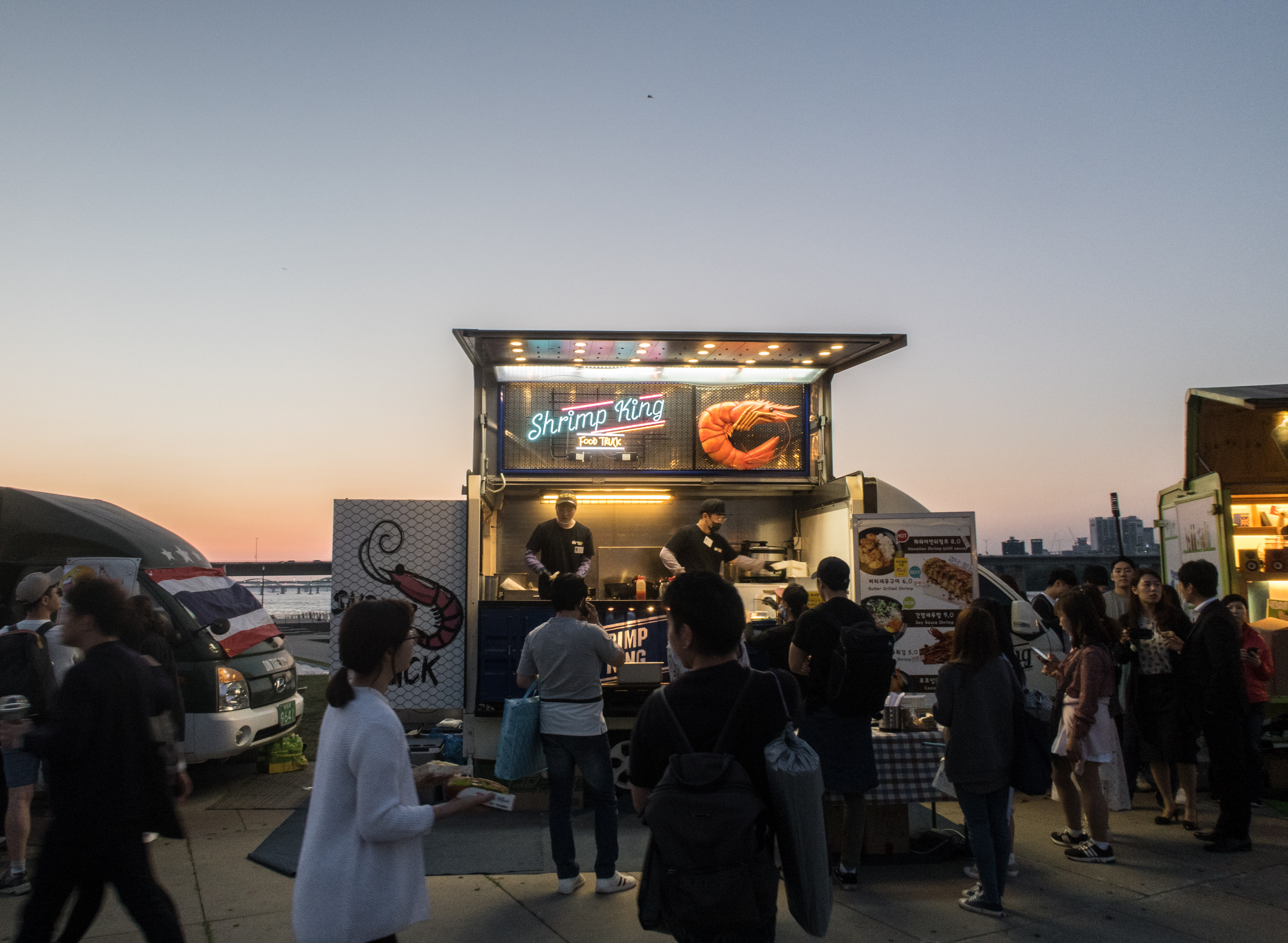 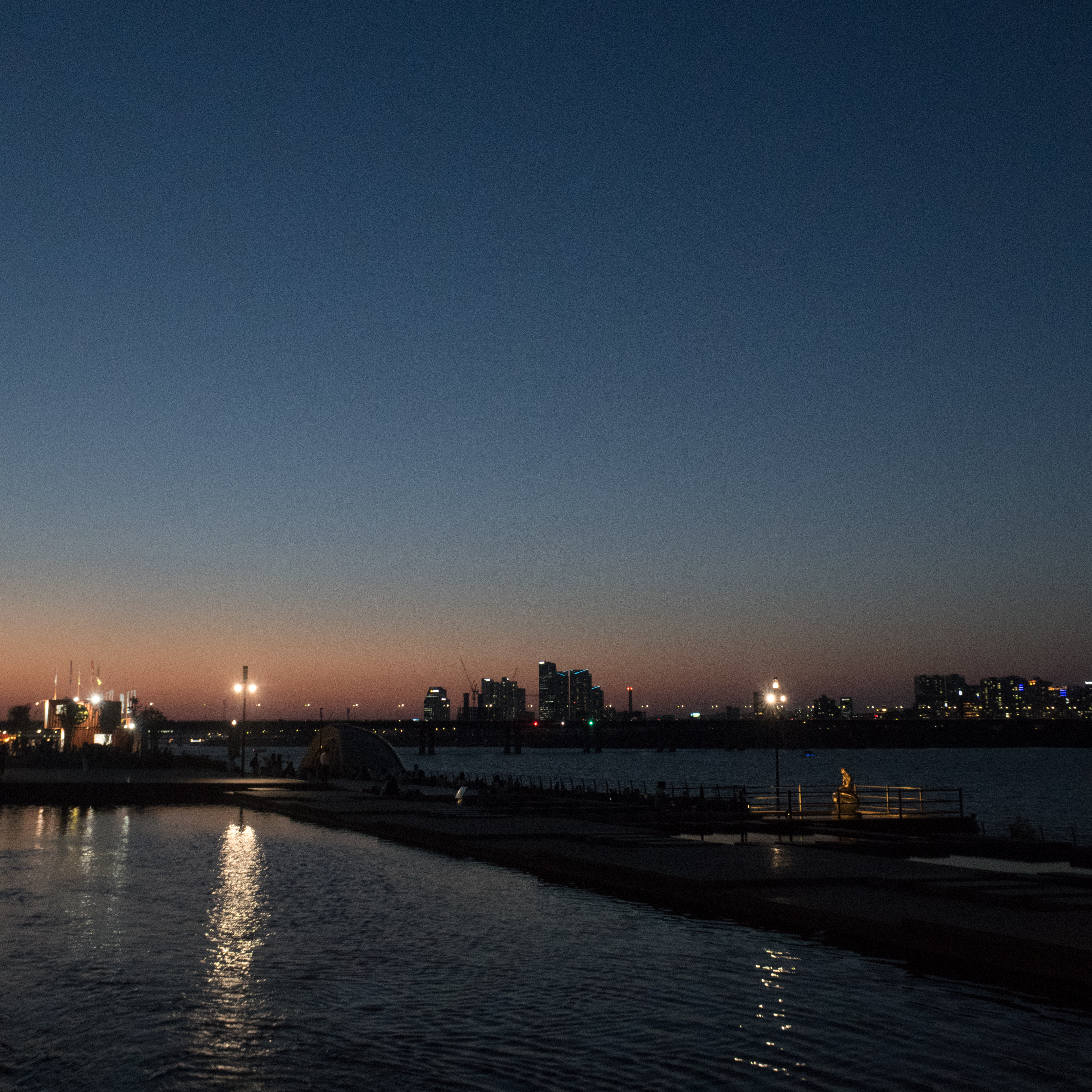 One definitely cannot say they’ve been to Korea until they have a picnic along Han River!! That’s right, the rite of passage to Korea is definitely eating Chimaek (치맥) while chilling on one of the many beautiful spots along the river. Besides nights of soju drinking and partying away, an afternoon spent along the Han River is one of the many things you can do in Seoul.

If you’ve never been to the Han River, can you even say you’ve been to Korea?! Haha

I met Minwoo who’s one of my very first friends in Korea, and we decided to spend the afternoon at Han River! The place that we went to is right outside Yeouinaru Station, there’s a huge area where you can sit (or even lie) down! After exiting the station, you’ll be met with a crowd of Ahjummas shoving flyers into your hands, and that’s the biggest problem you’ll have for the day ㅡ where do I order from?! Ranging from Black Bean Noodles (짜장면) to Fried Chicken and even Jokbal (족발), you can literally order anything, and get it delivered to where you are. Did you know, you can even get draft beer delivered when you order chicken, crazy right? Only in Korea, haha.
There’s also a stall/booth where you can rent mats so you don’t have to bring one along when you go over. Talk about convenience! Once you find a nice spot, settle down and start ordering your food! It can be difficult to order because they don’t usually speak English, so ask the people around for help, and they’ll be glad to help! Koreans are generally very nice to foreigners from what I gather. They’ll usually call once they arrive, so you can go and collect your food from them! Make sure to thank the person who helped you order!

It gets very pretty once the sun starts to set, there’s an orange glow over the entire place and it just hits you, the feeling that you can’t believe you’re actually here!

One of my favourite things to do is chasing sunsets. I love the collision of colors and it’s simply breathtaking to see a beautiful sunset

For people who are travelling solo, I suggest bringing a book, and maybe buy a beverage or two near the convenience store (there’s one once you exit the station), and find a spot under a tree and read your book. You can sit and zone out if you want, I found people napping there as well! And after experiencing the sunset, you can head to the Seoul Bamdokkaebi Night Market right beside!
They have 6 locations I think? And one of them is located at the Yeouido Hangang Park! It’s full of food trucks, stalls and music performances! They sell pretty handmade stuff, so if you like that, definitely head down to take a look! For 2018, it runs till October 28th on Fridays and Saturdays! You can check out the other locations at DDP, Cheonggyecheon, Banpo Hangang Park, Culture Tank and Cheonggye Plaza! I’ll definitely head down again during Autumn when the weather gets better so do wait for another update of the place!!
This is actually probably going to be the last installment for my Solo Trip to Korea (May 2017). I had another day after this but I’m probably not going to post about it, it was a Meet and Greet with Joan and Edward. I’m not sure, maybe I’ll post about it, maybe I won’t. We’ll see!
Till then, you can continue to follow my daily updates on Instagram!