I said I would love to blog about my trip to Jeju after knowing that I won the Innisfree Journey of Green Tea Seed Serum contest last year, so here it is!! I previously went to Jeju nearing the end of autumn, so I didn’t really get to see the famous beaches in it’s full glory… So what better time than Summer?! Here’s a summary of my Jeju trip during August! Hopefully, you’ll find some useful tips/places-to-go in this article! 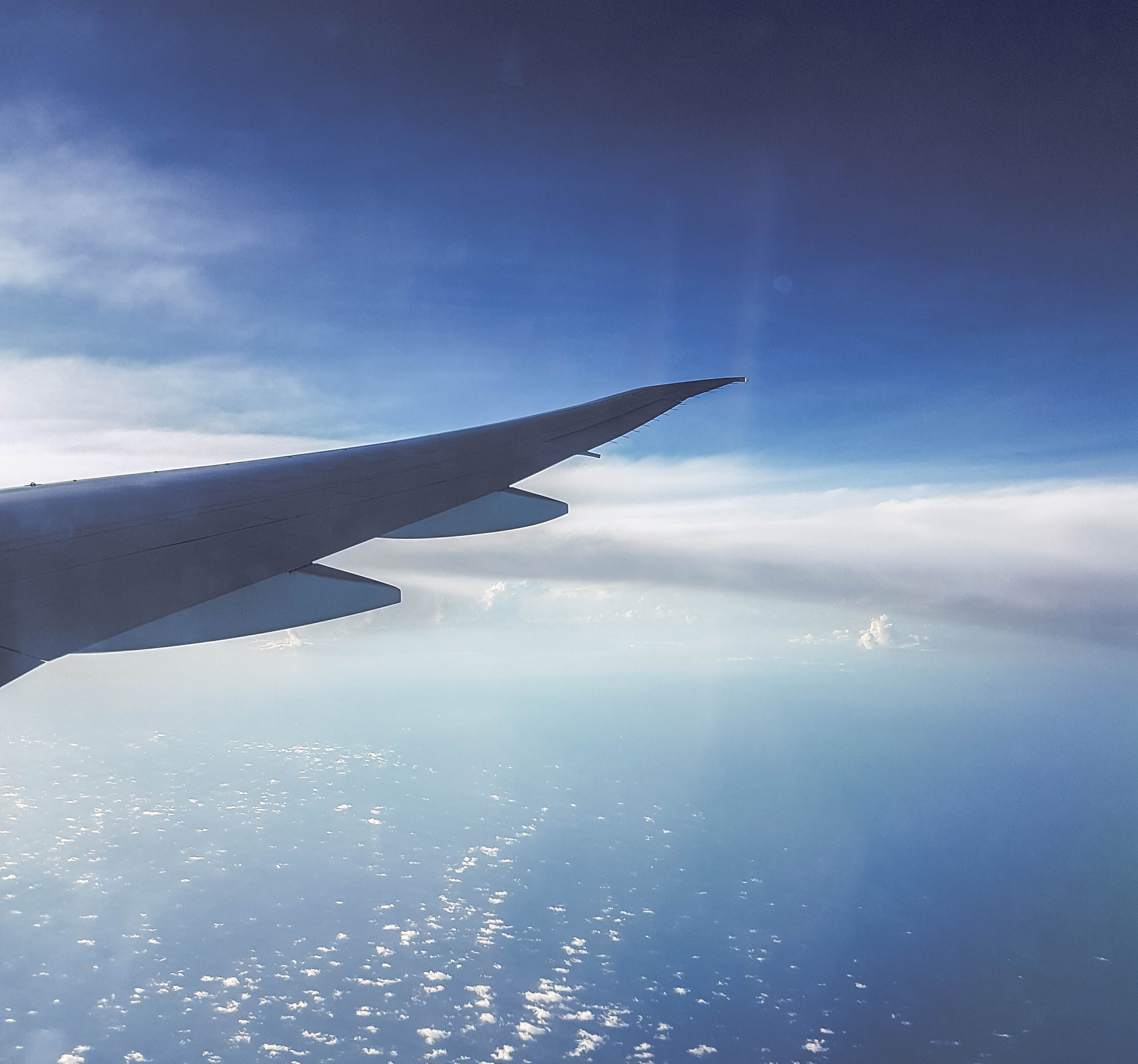 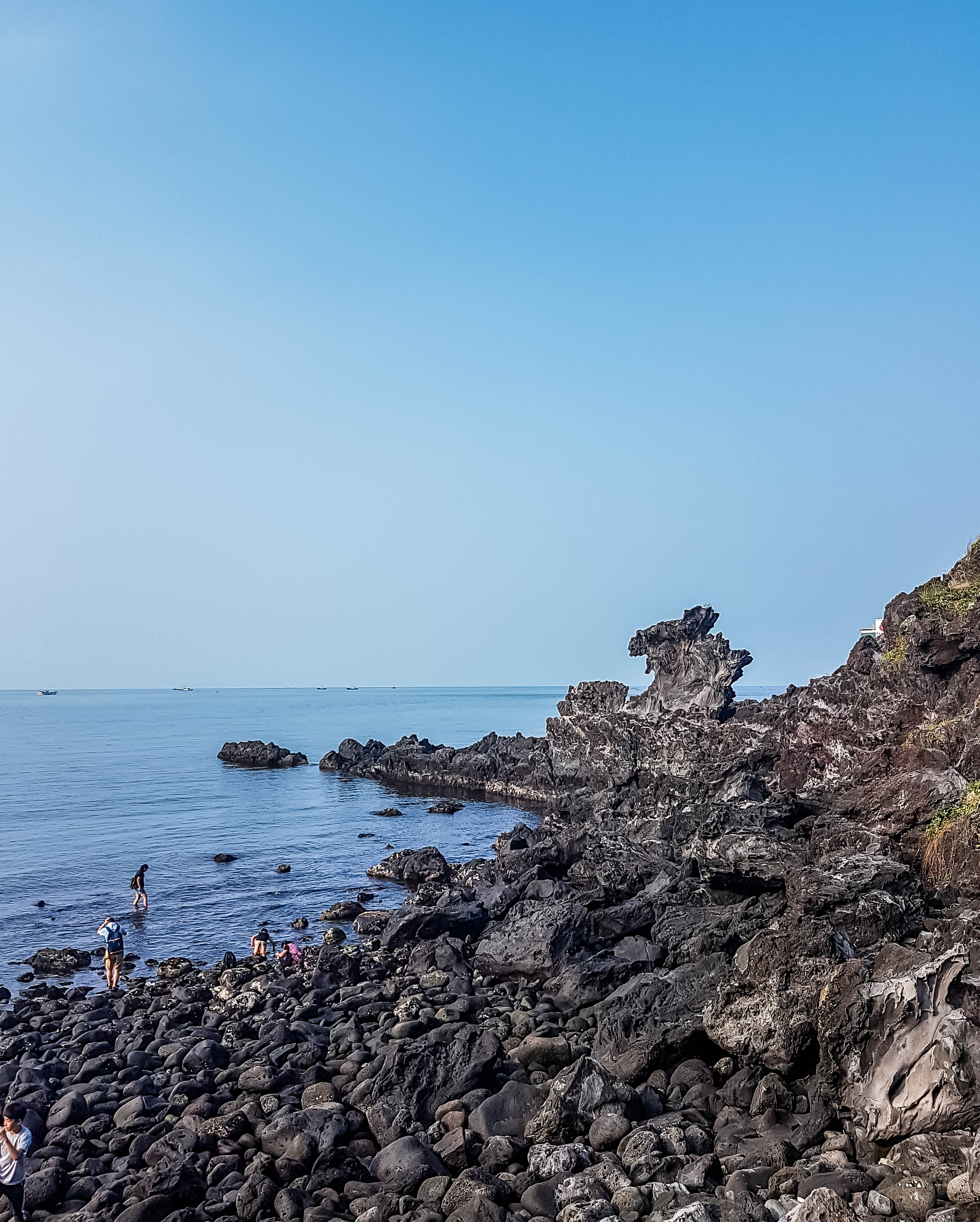 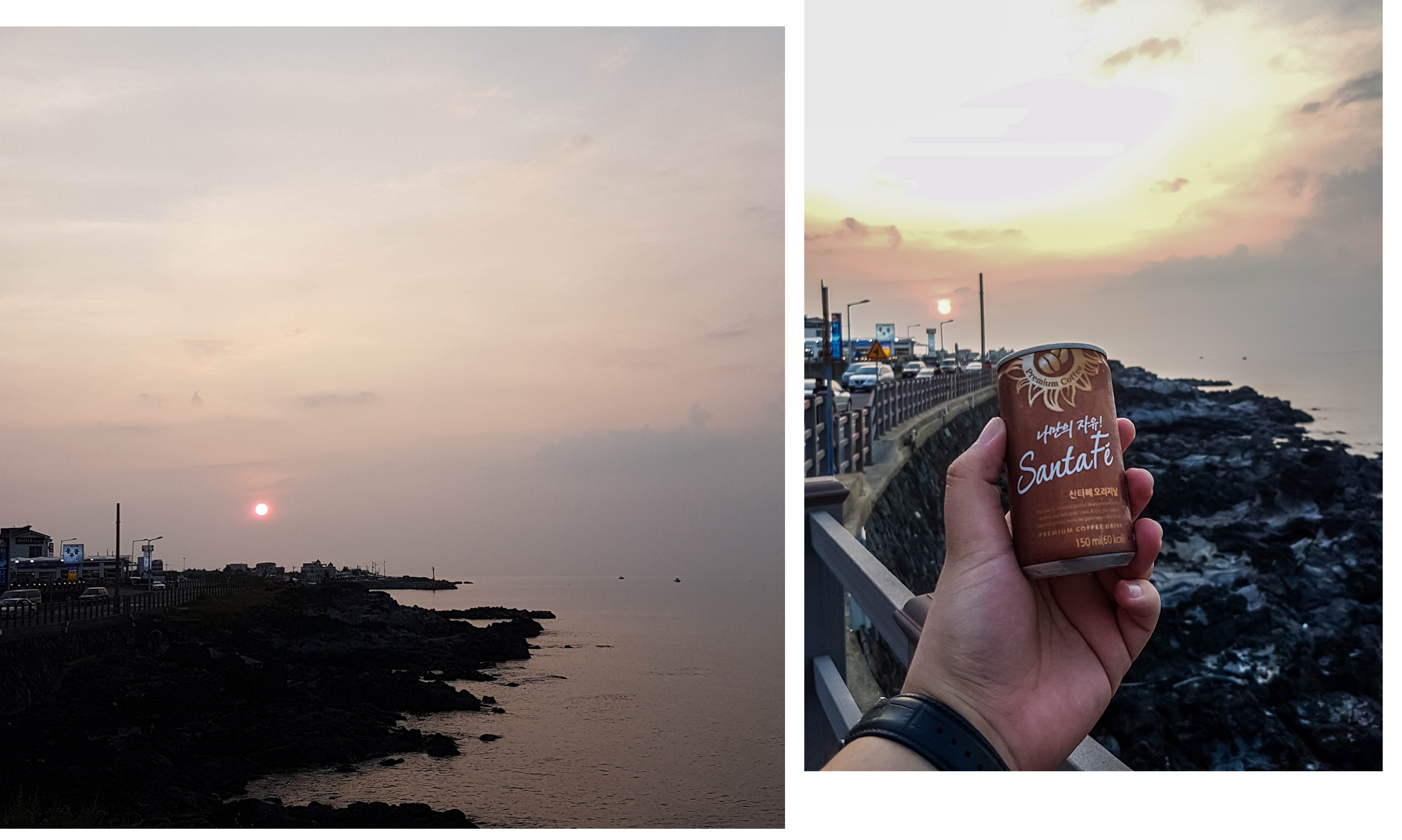 We took an overnight flight so, by the time we reached Jeju and settled down in our hotel, it was almost 3 pm! Travelling actually made us feel quite tired, but we decided to just head to Yongduam Rock, and have dinner nearby! Witnessed one of the most amazing sunsets in my life, so pretty!!

Interesting story about the coffee, we went to an army stew restaurant along the coast, and this can of coffee was actually free ‘service’ from the staff there!! There was a Chinese-speaking family and the staff couldn’t relay the message to them, so I helped (with my sort-of-can-make-it Korean) and translated for them! It was really quite an experience because right after that, another Chinese-speaking family walked in! I guess I got paid for being a “translator”! 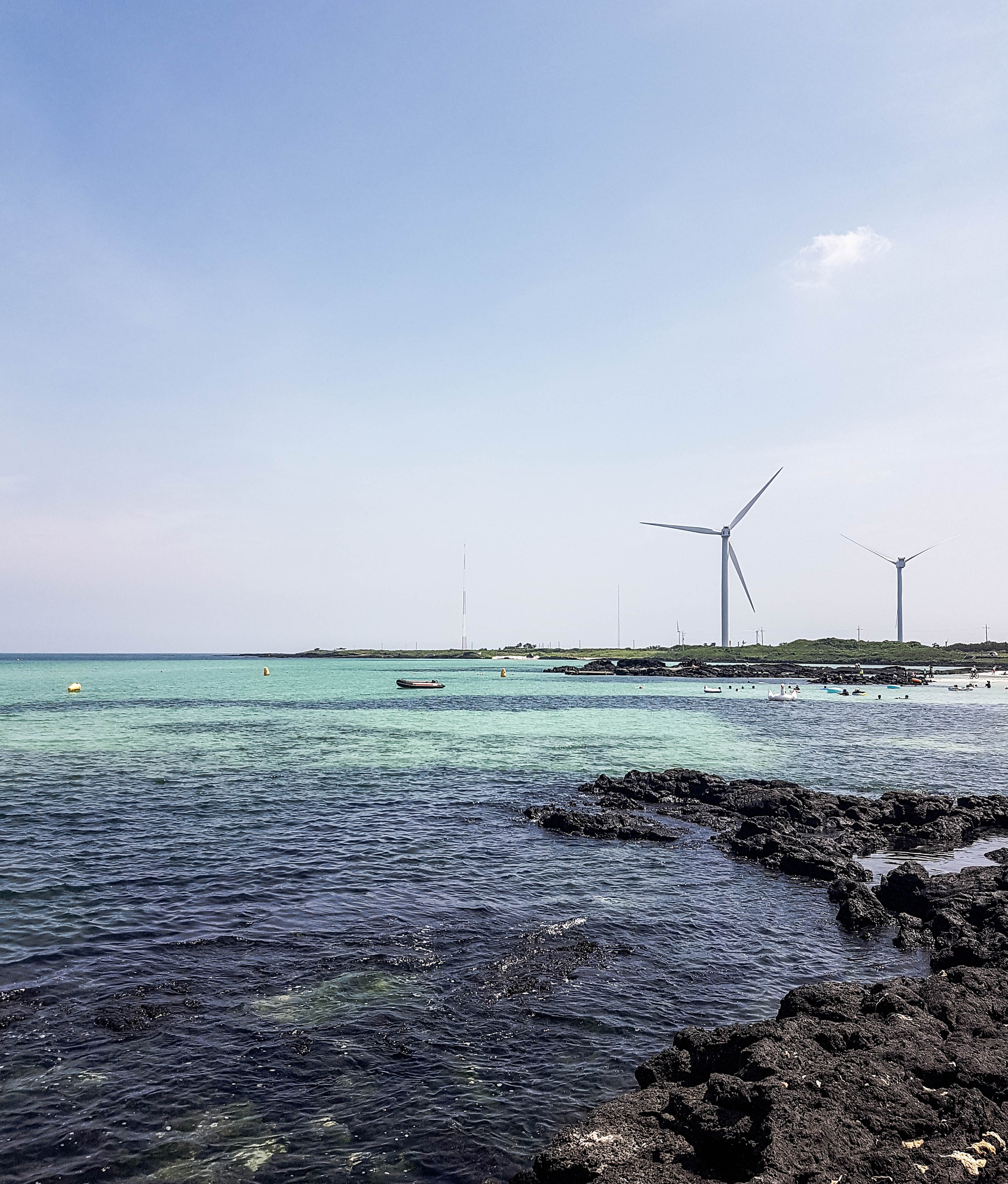 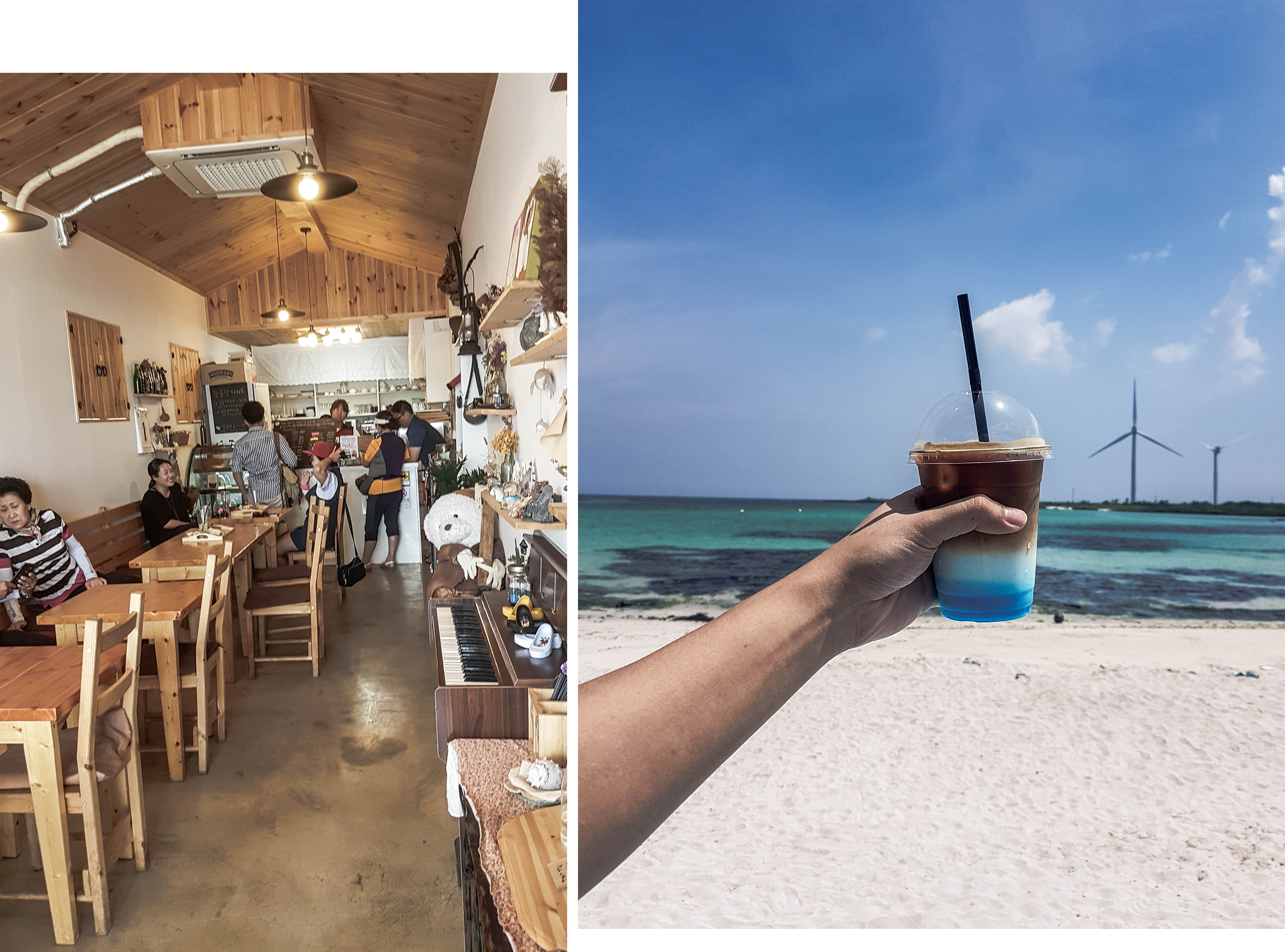 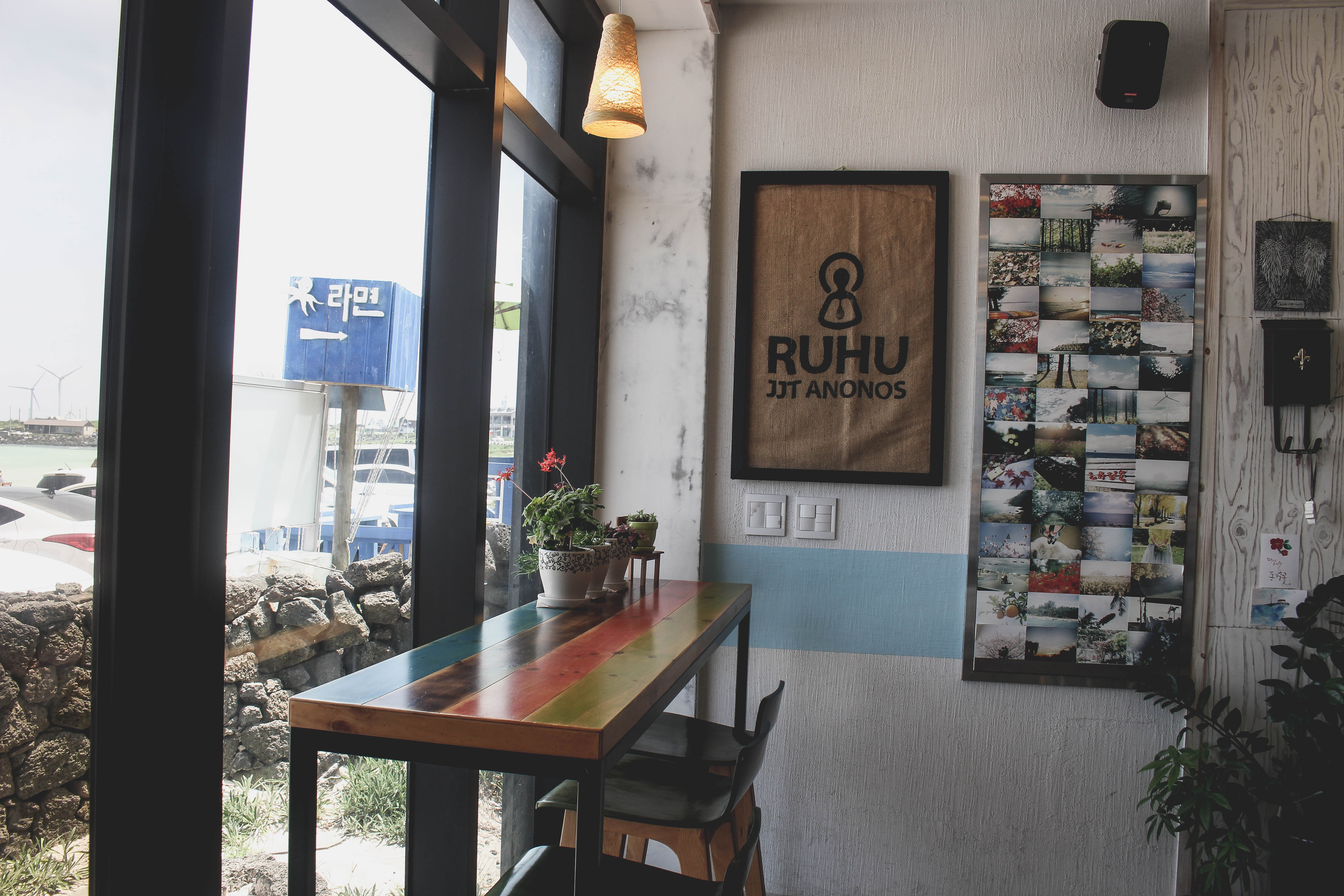 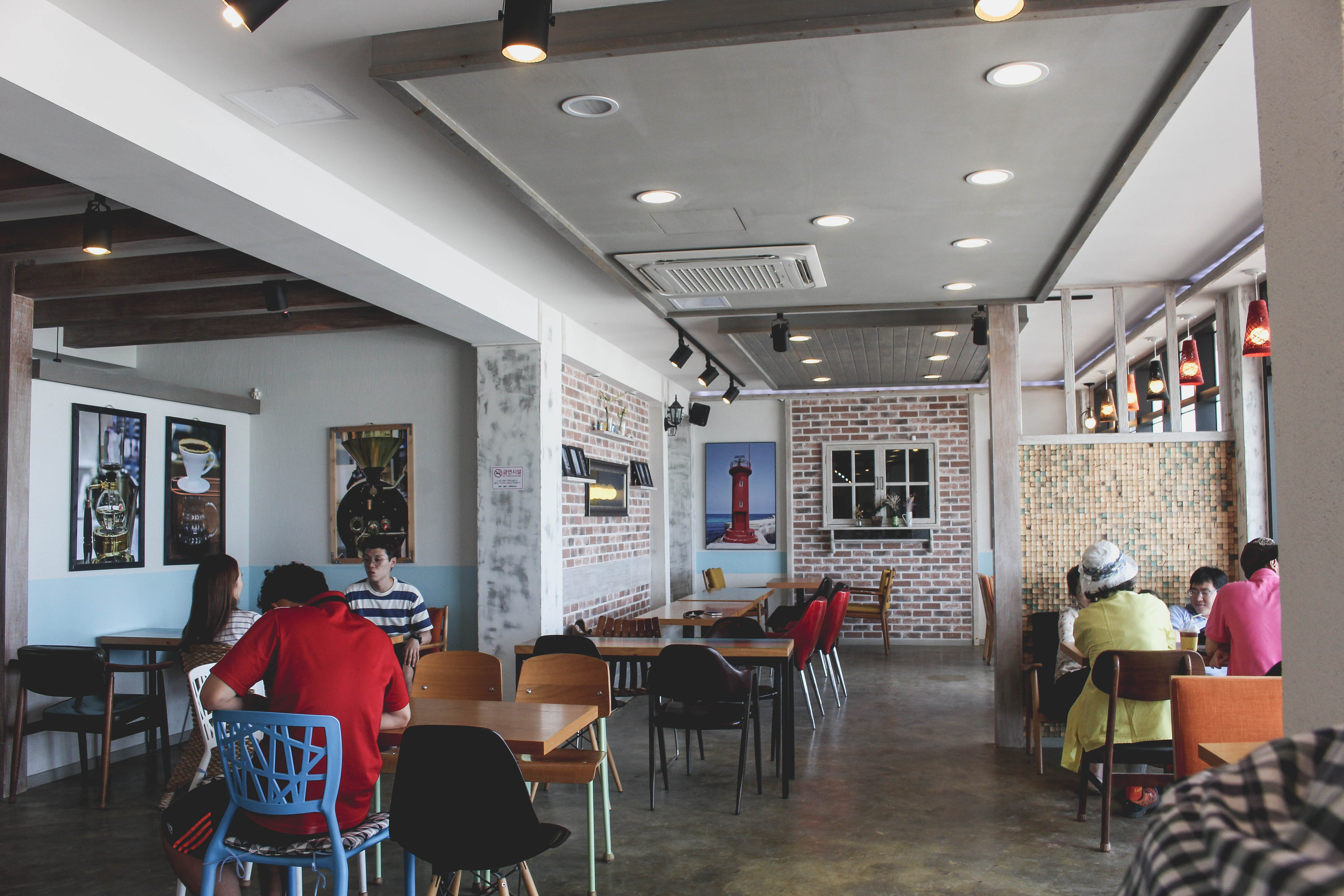 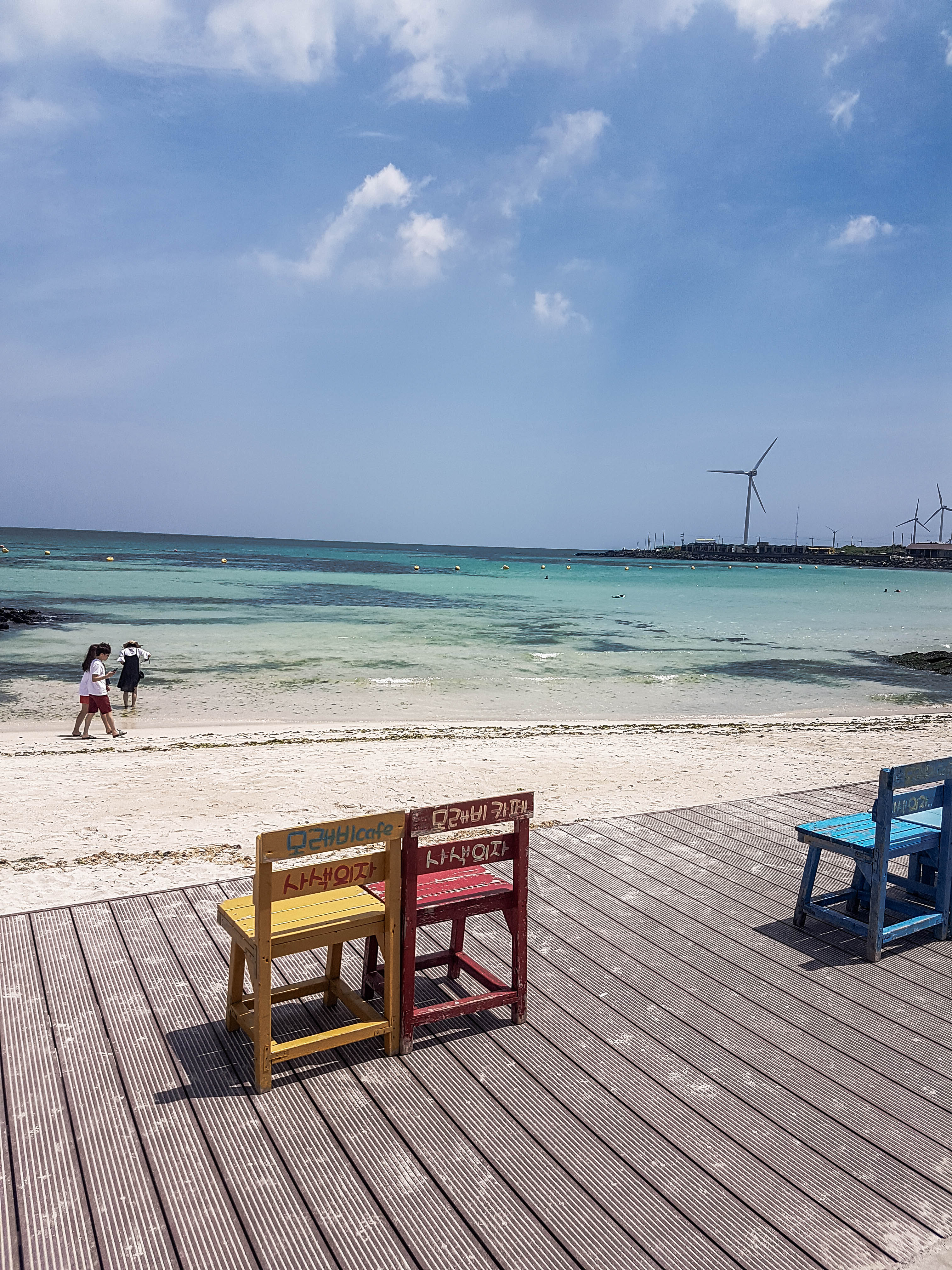 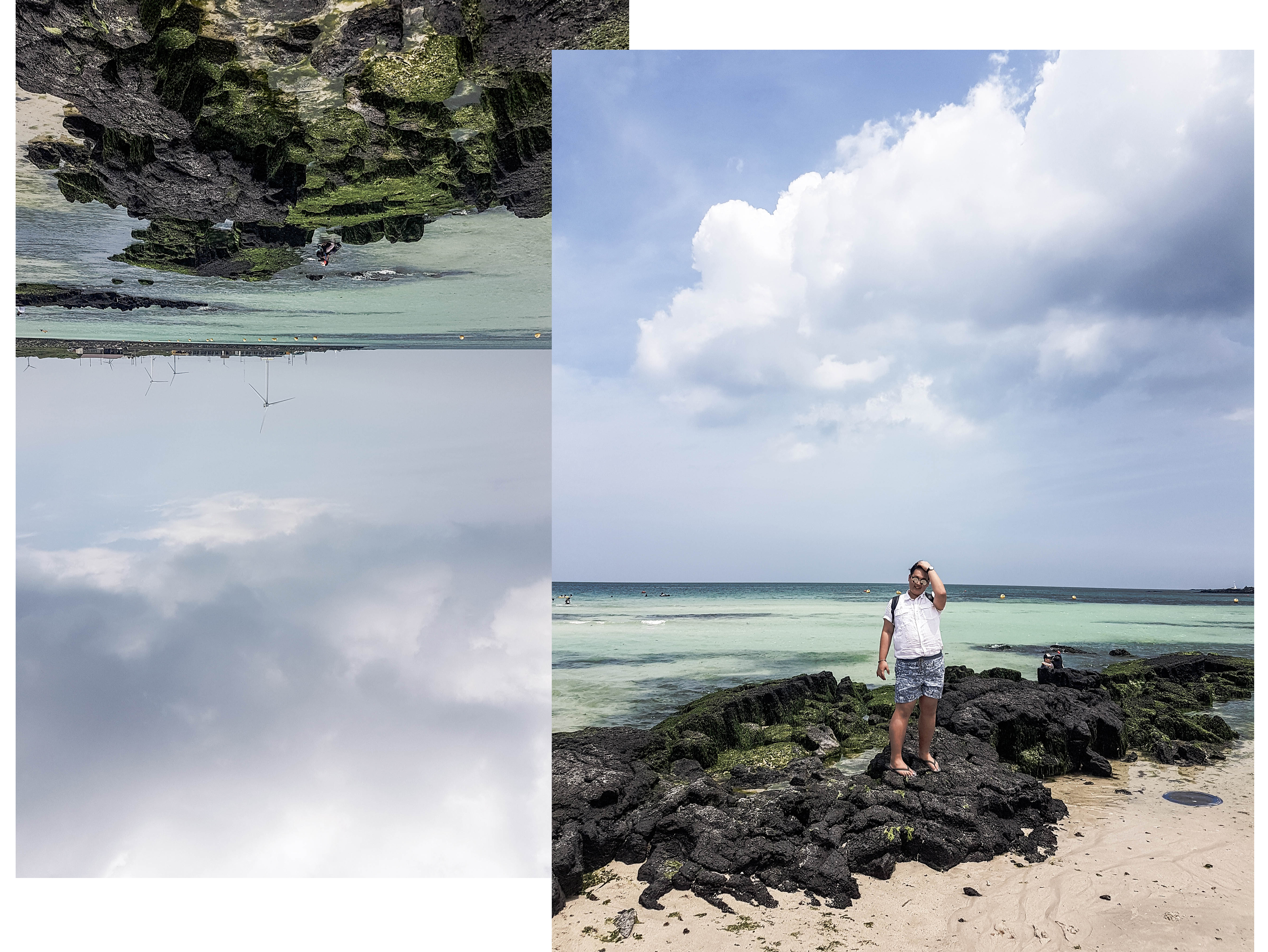 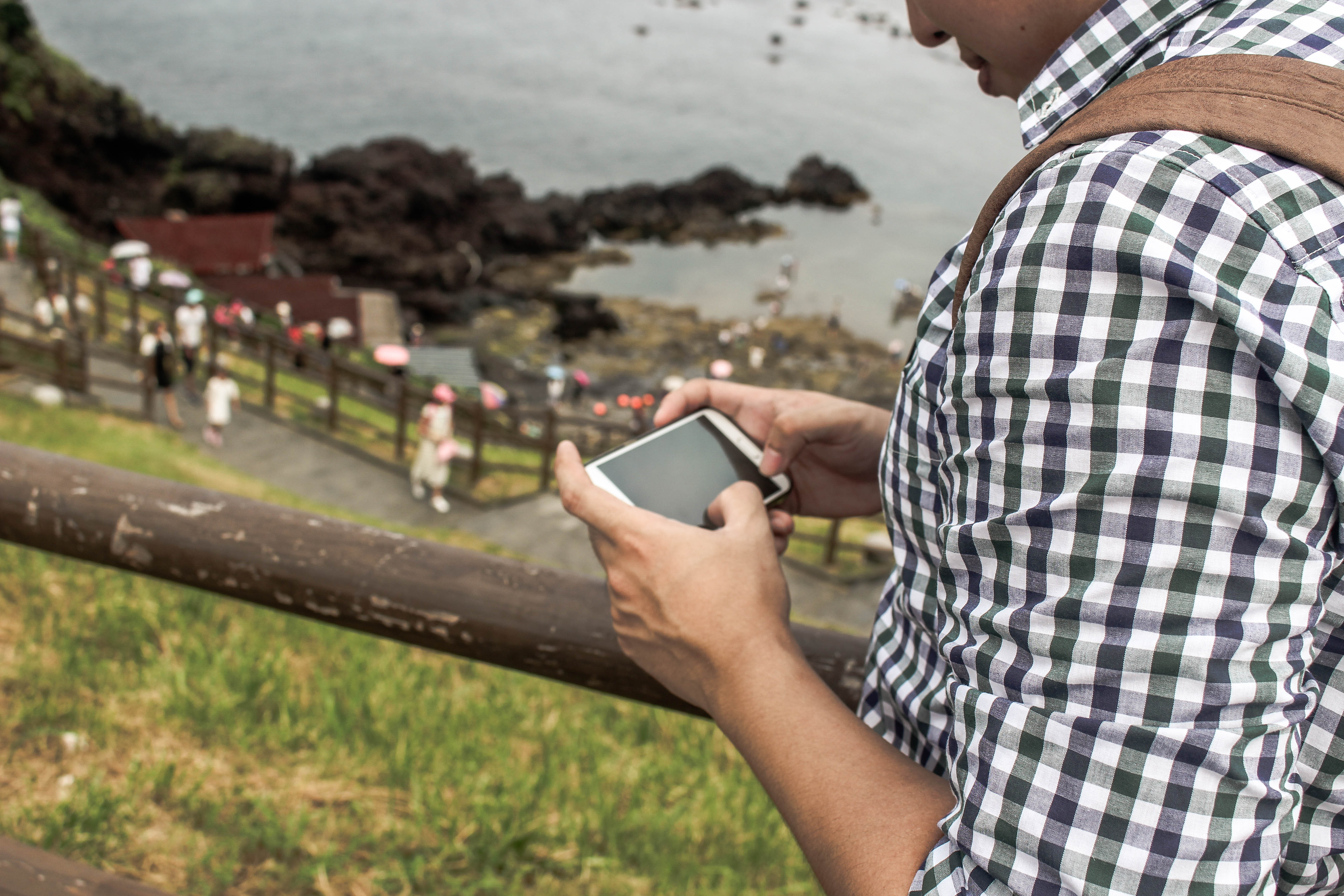 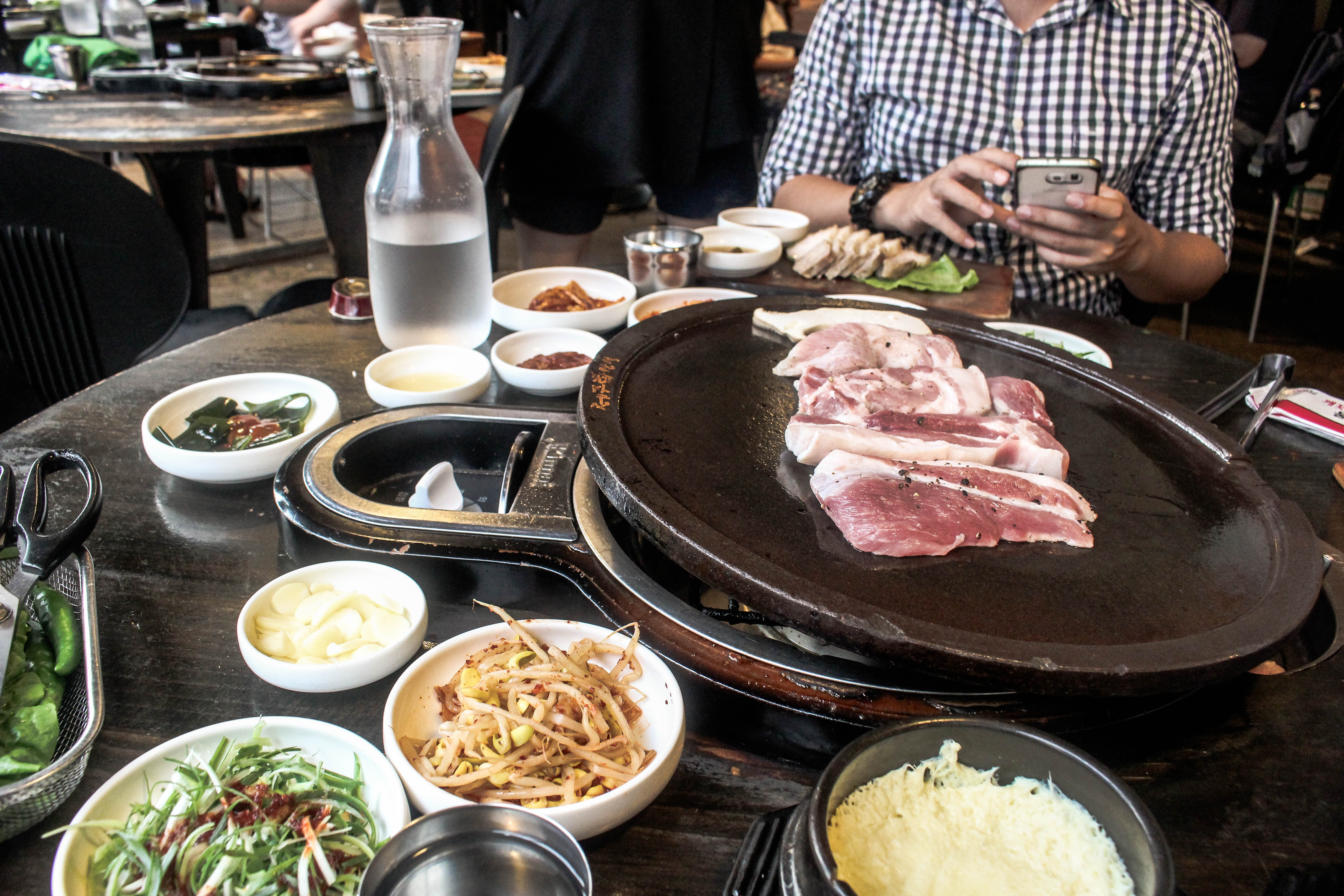 Rested and ready for our full-day itinerary! I am in love with the beaches of Jeju, the water is crystal clear, emerald and blue coloured… it felt like a stepped into a painting! I feel that Gimnyeong Beach is prettier than Woljeongri Beach, but the latter has a whole stretch of cafes along the coast ― a point to consider when you’re thinking of which beach to go. My recommendation is definitely to visit both, as they each have their own charms, also, both are relatively close to one another!

Tip: The entire stretch is filled with cafes, so just pop in any of the cafes when it gets too warm outside!

After lots of climbing at Seongsan Ilchubong Peak, our stomachs were growling so we decided to head back to the city to have dinner. One must-eat item in Jeju besides their Hallabong is the Black Pork BBQ!! Dombedon uses meat from black pigs that are raised in Jeju. The meal was slightly on the expensive side (probably because it’s black pork) but it was satisfying!! 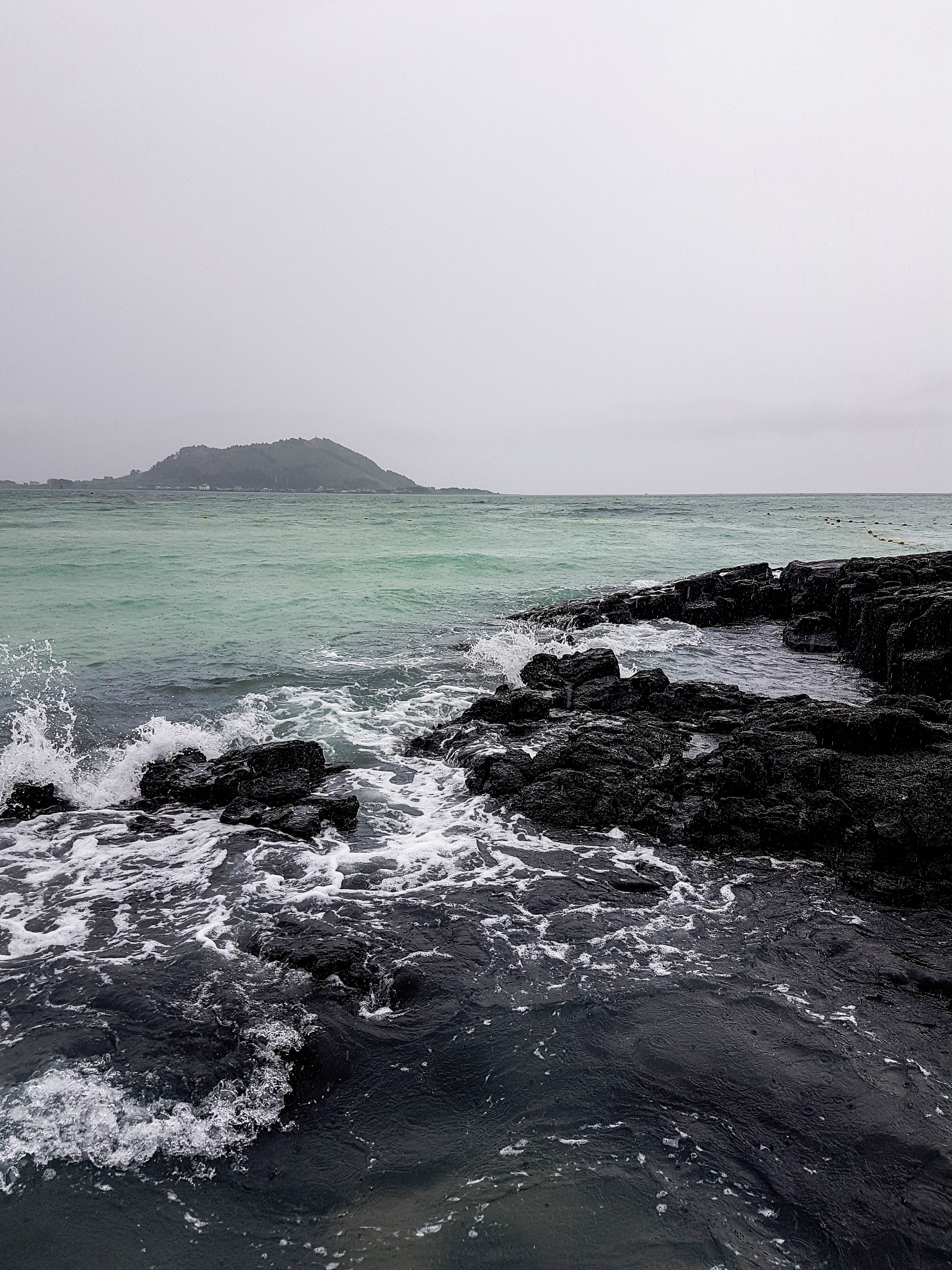 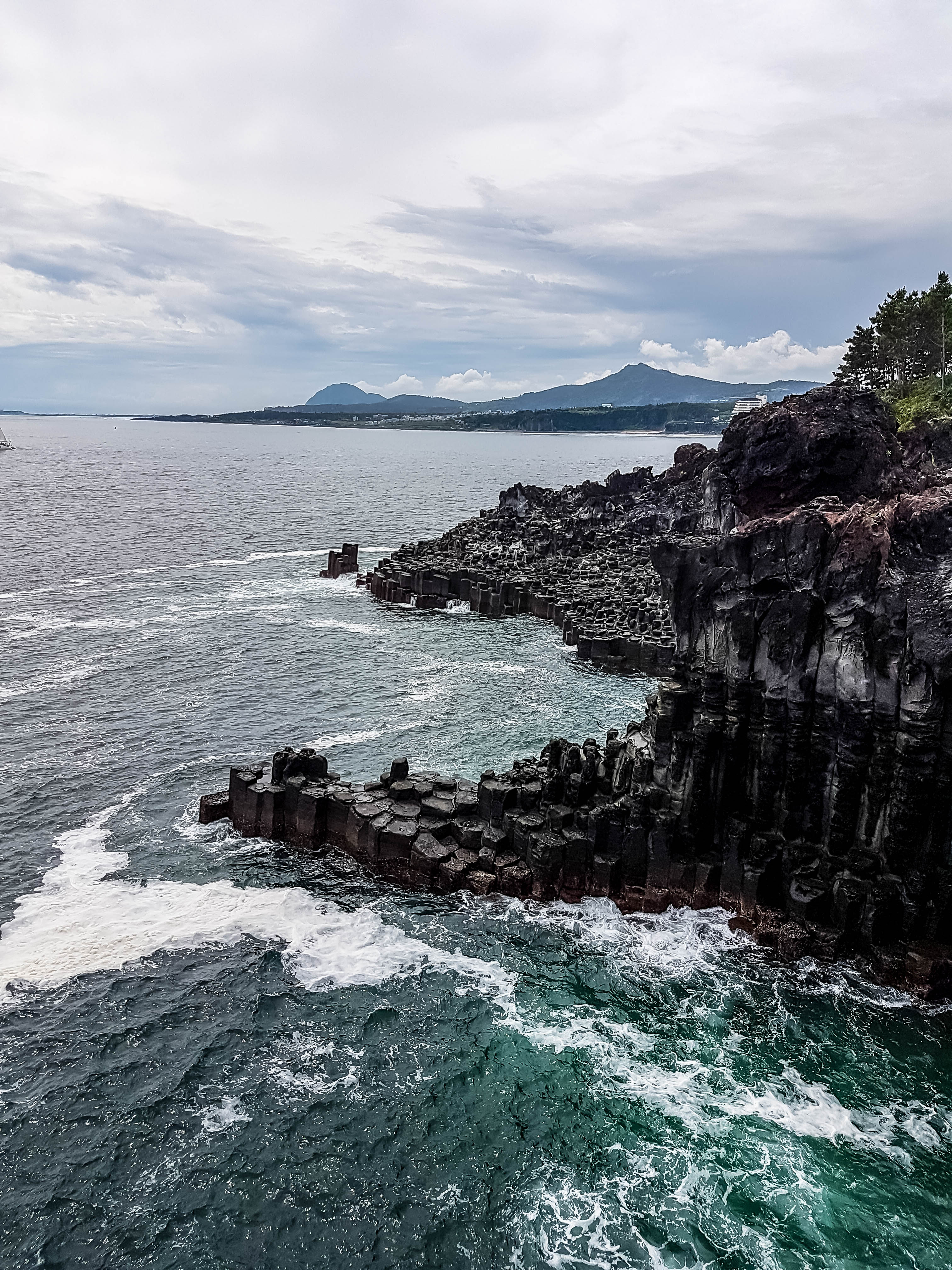 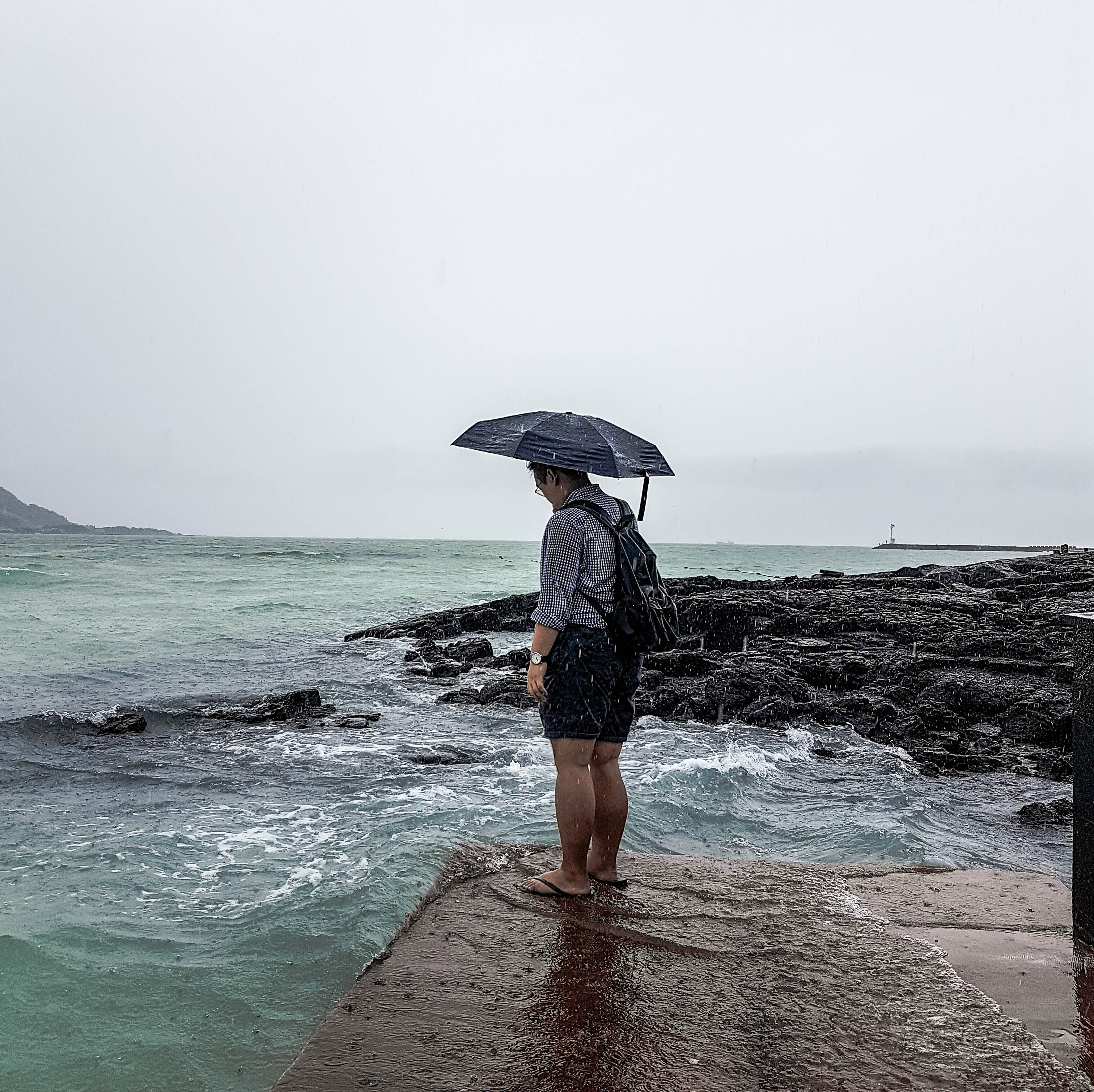 Despite the rain, Hyeopjae Beach was the first stop for the day. There’s something so therapeutic about watching/listening to waves crash. A very thoughtful beach with platforms for people to walk on (for those that don’t want to dirty their shoes with sand).

Thankfully the rain cleared, so we headed to Osulloc Green Tea Fields (sorry no photos), and then Jusangeolli Cliffs for some geometric nature. This was my second time here and I still get so amazed by how pretty the structures are. 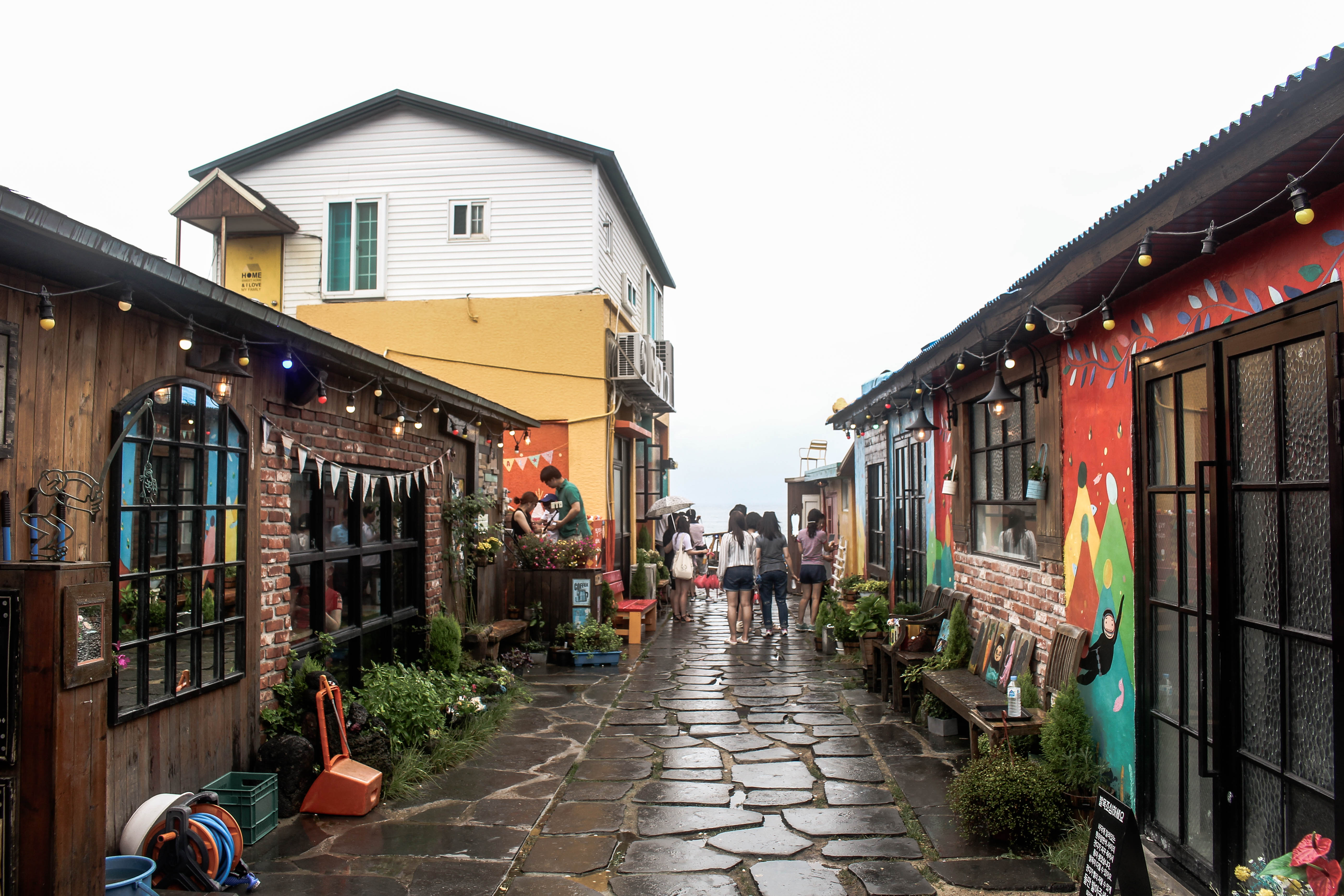 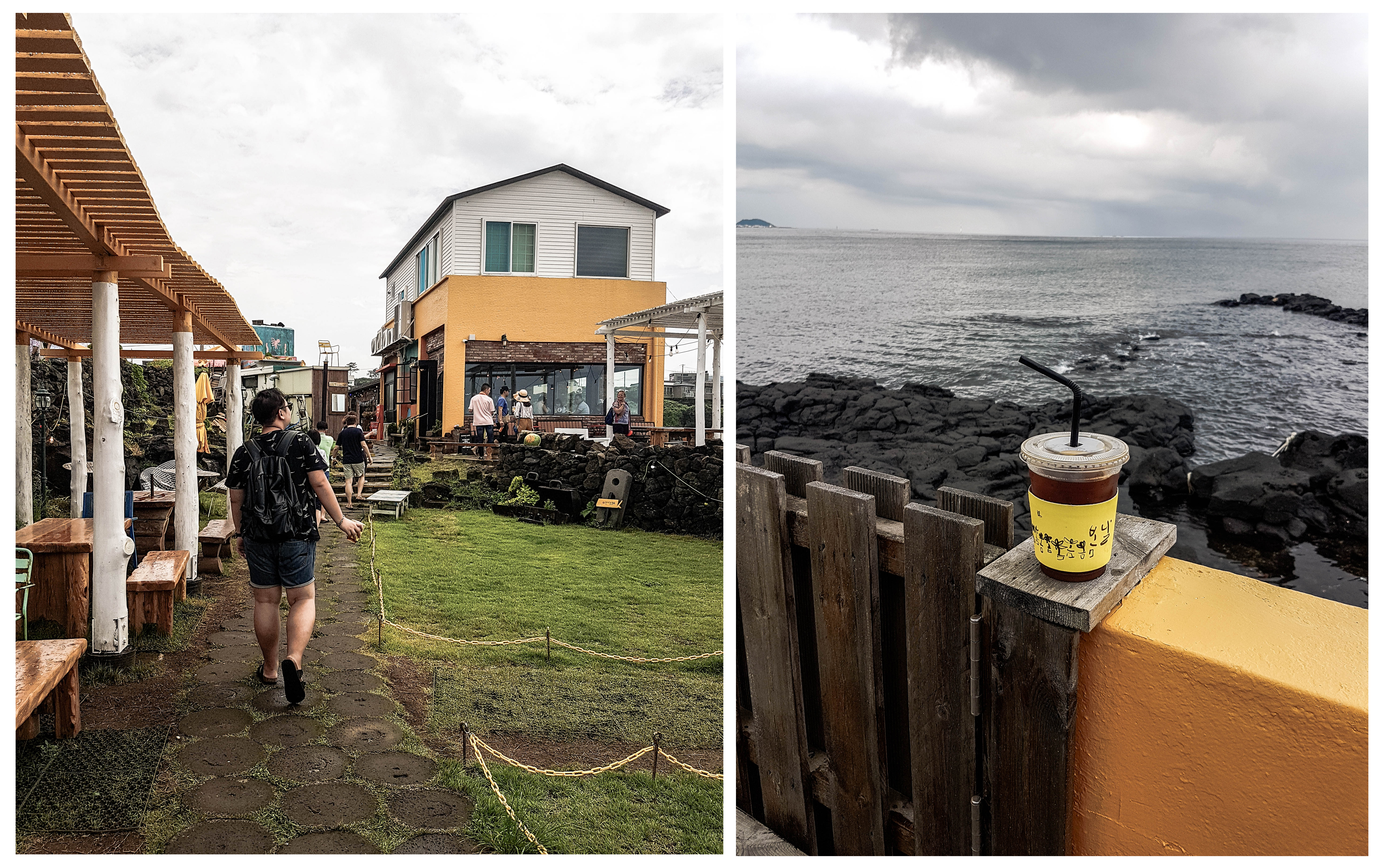 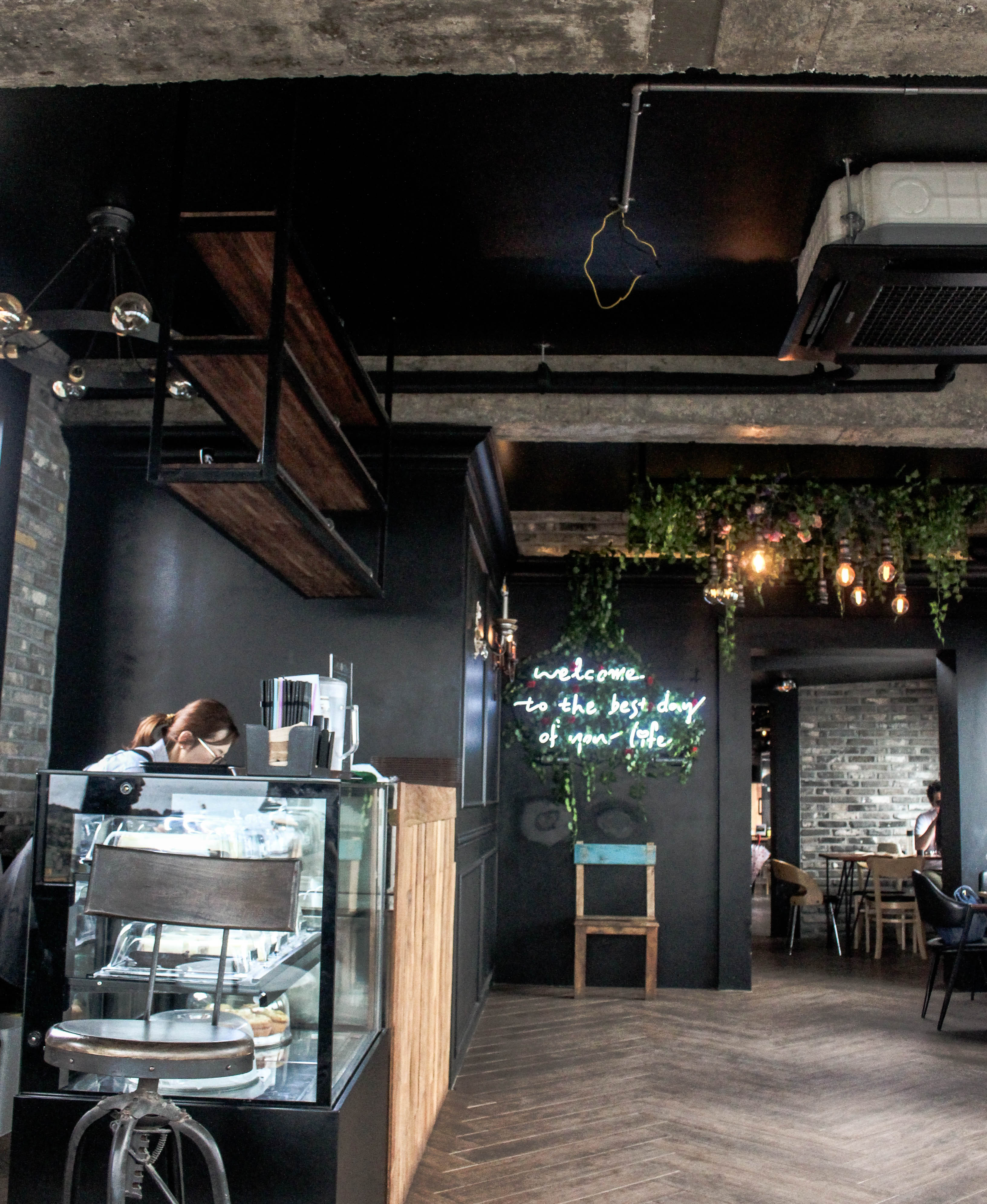 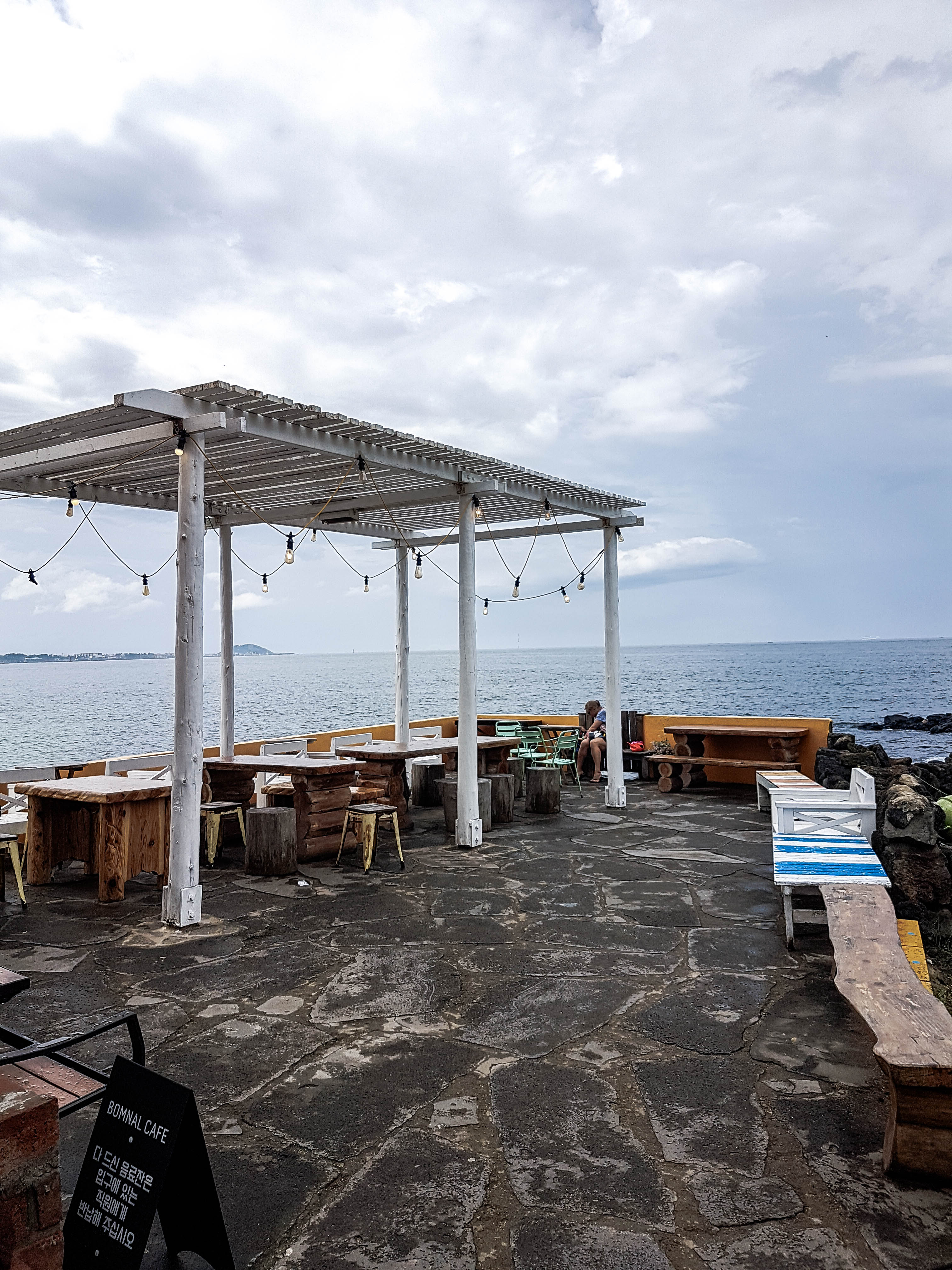 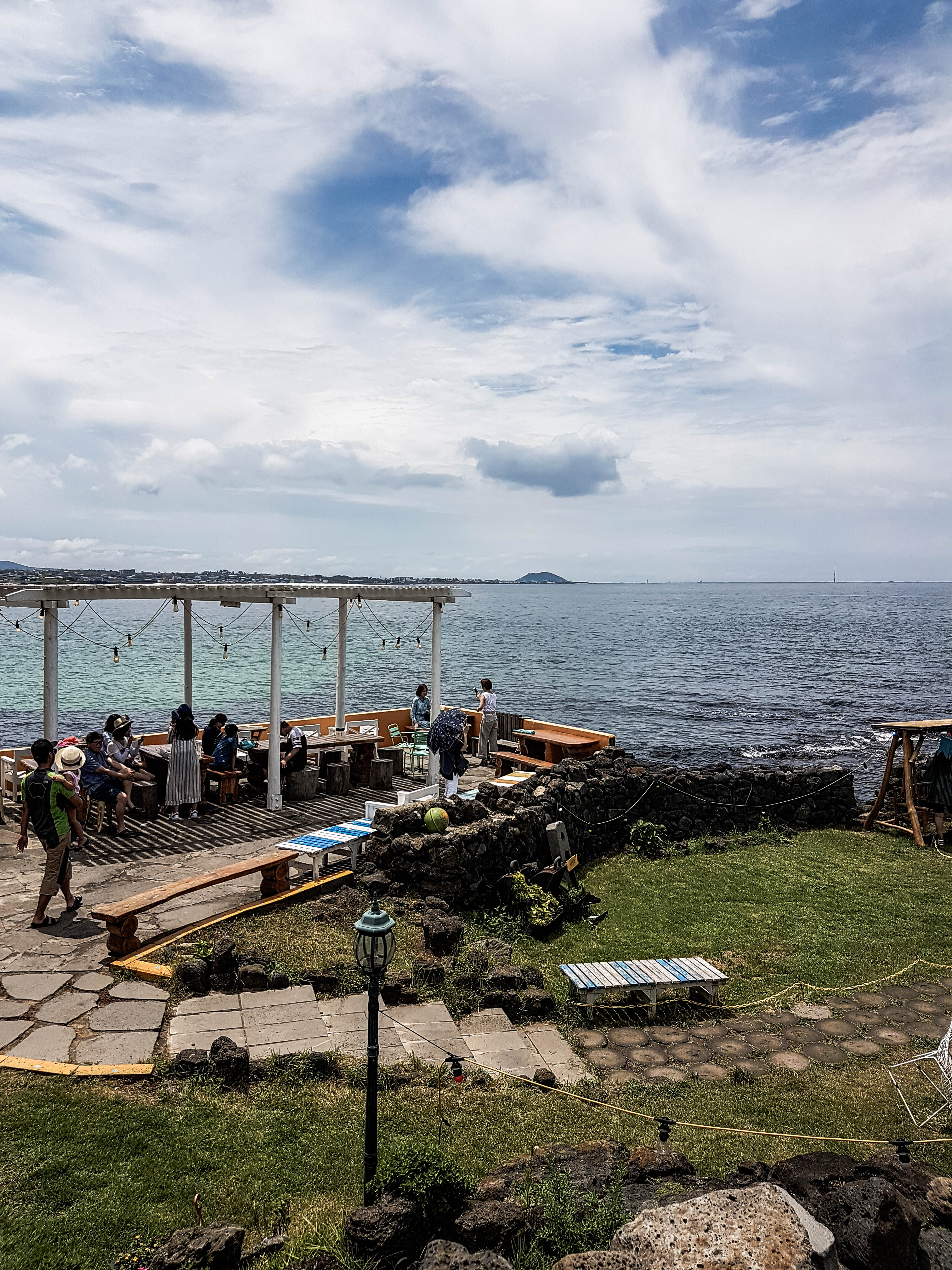 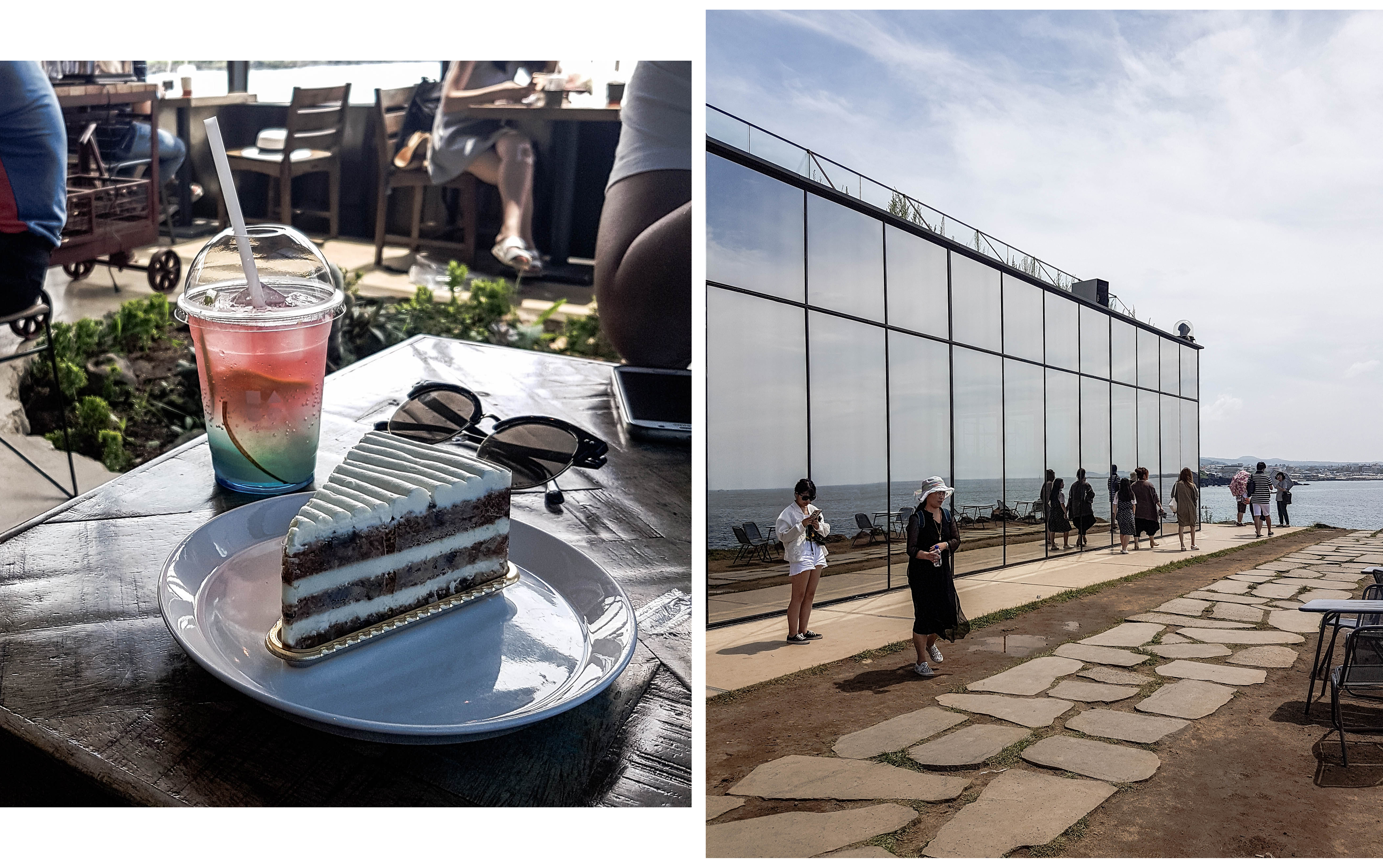 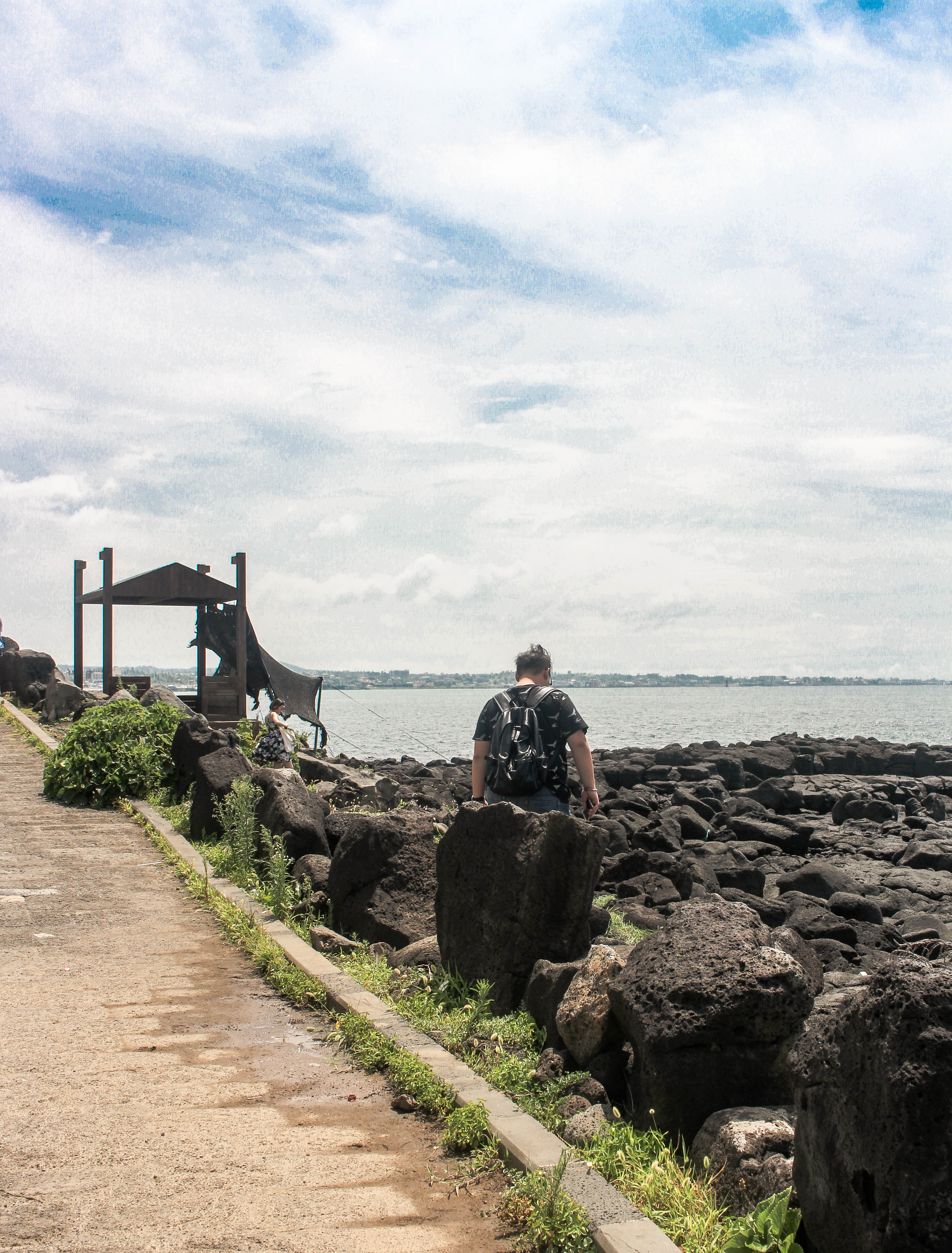 Last day in Jeju and cafe hopping is definitely a must!! We headed to Aewol, where Monsant Cafe and Bomnal Cafe are situated. Both are different in style, so I suggest going to both since they are just right beside each other! (Random thought: Singapore needs to up their cafe game)

Also, Bomnal Cafe has the cutest corgis!! I really wanted to see them but they were sleeping so soundly when I arrived… hopefully, you’ll have better luck than me!!

In case you’re wondering, for Day 2 and 3, we got around Jeju with the help of Andy’s Tour. You can rent a driver for a day (around 8 hours) to bring you around the island! I think they have English and Chinese speaking drivers, so no communication worries! For Day 4, we decided to just do things the local way, and took a bus to Aewol!

I hope you create an unforgettable experience in Jeju!! I’ve been there twice and I really want to visit again!! That’s all from me!! See you in the next article 😉

6 Takeaways from my Freshmen Year in University