People who’ve been to Vietnam always tell me the same thing, the food is amazing. You really need to go and try the food and the coffee! So with determined minds to fill our stomachs until they burst, we spent the day exploring HCMC to get a taste of heaven!

We were near Bui Vien Walking Street because we needed to book a trip from an agency for a day trip out of HCMC the next day. There’s a famous Bún chả place nearby so we decided to start from there!

Bún chả is a dish though to have been originated from Hanoi, which is poles apart from where we were, Bún chả is served with grilled fatty pork over a plate of white rice noodle and herbs with a side dish of dipping sauce. (Wikipedia haha) If you google Bun Cha, you might chance upon something about President Obama falling in love with the dish!

The place should be quite easy to spot with the numbers 145 written on its signboard. A very small and quaint area, they even have a small card to teach you how to eat Bun Cha! We had the spring rolls here as well, but not as good as the ones we had for dinner yesterday! But it was an interesting experience, so if you want to try local foods, this would be a great place to start!

Along the same street, we have the very famous Cong Caphe as well! This place is known for its Coconut Coffee so you’ll definitely locals and tourists in this place. We decided to just drop by to try its coffee and cool down ourselves before exploring other places!

I’m personally not a fan of coconut but this Coconut Coffee was okay for me! It’s not something I would reject but for someone who doesn’t like coconut, this was bearable! If you like chocolate, I think they have one where they mix Chocolate and Coconut! Since you’re in Vietnam, why not just give it a shot? 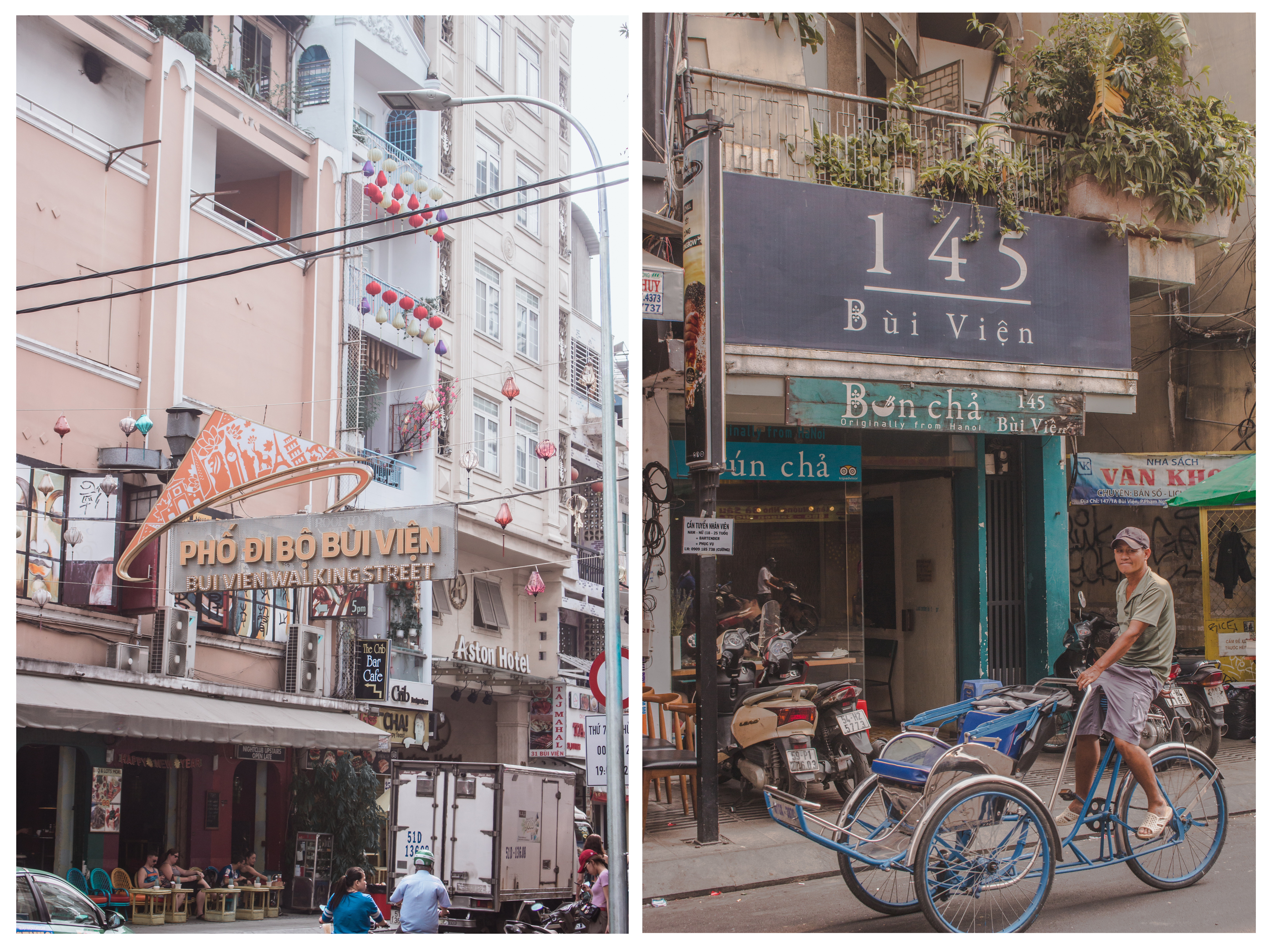 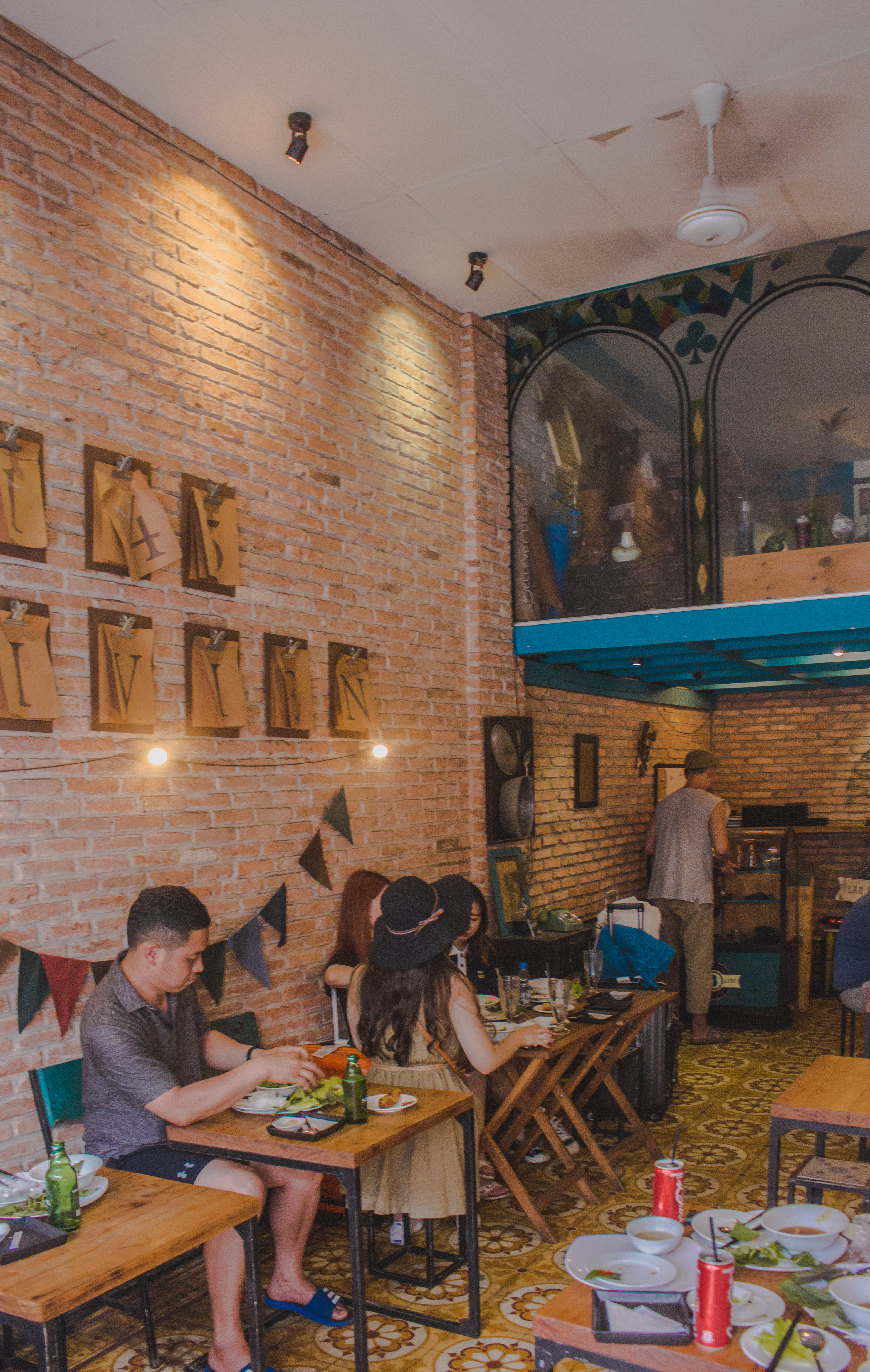 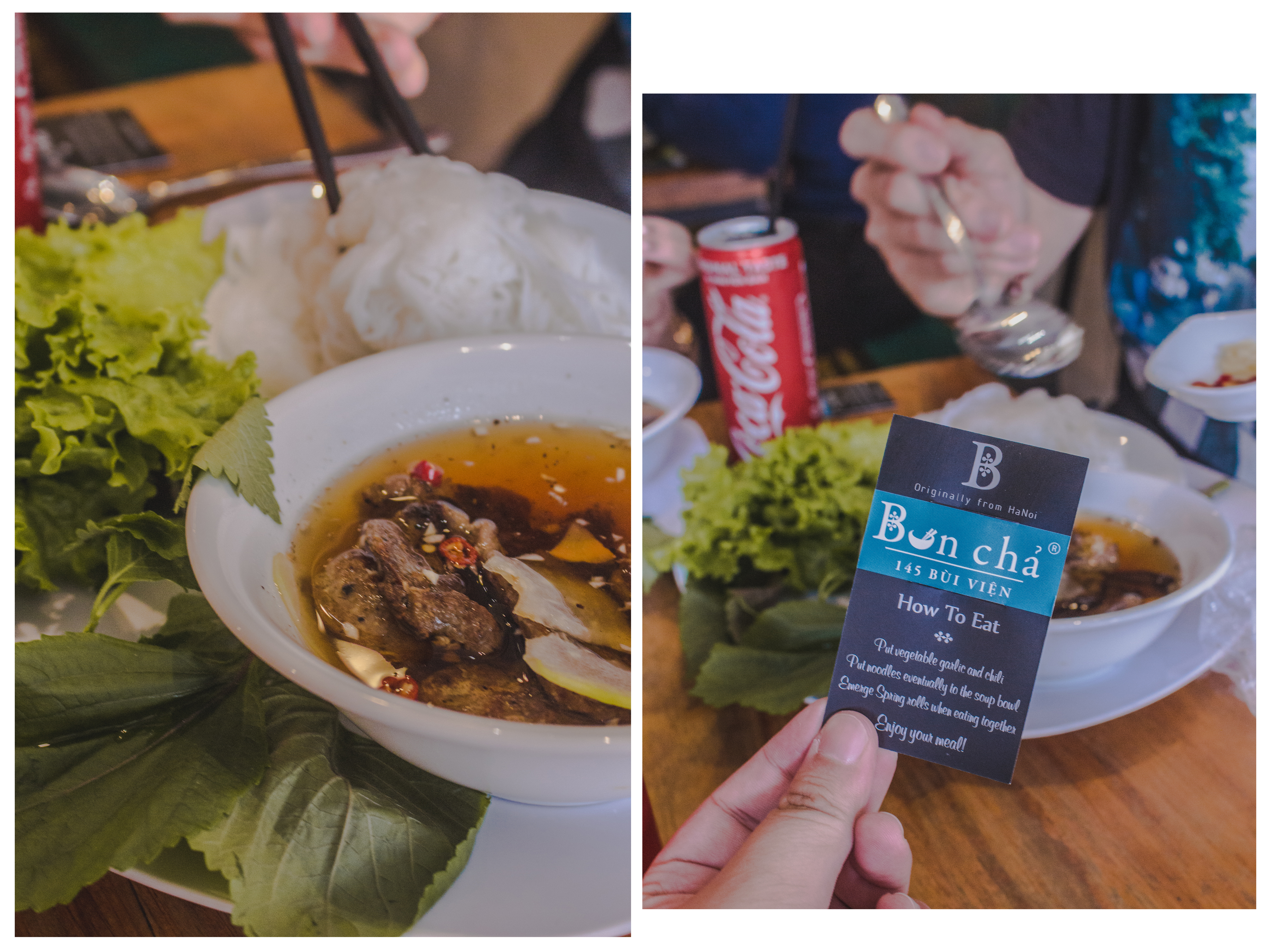 To make sure we are able to eat more, it’s time to explore the city with the most trustworthy form of transport, our legs! We walked to Ben Thanh Market to look around and immerse ourselves in the culture, even though the place is one whole melting pot of people who are selling things at an overpriced rate! Make sure you bargain the prices to the ones you want, if not make sure you leave!

After walking around, we couldn’t resist and found another place to have Vietnam’s most famous dish, Pho!

There’s this relatively famous place called Pho 2000, I don’t know if they’re like well known, but they were photos around this restaurant, so I guess they are? They’re just right across Ben Thanh Market, right above a Coffee Bean! You have to enter the Coffee Bean cafe to take the stairs up.

Boy, the Pho was one of the best ones I had in my life so far! It was so good! So good that we came back the next day for some more! I mean who can forget about Pho when in Vietnam?! It’s also super affordable, so definitely visit this place for amazing noodles!

We continued walking and passed by the City Hall, took some photos, walked some more until we found such a nice neighbourhood (to continue walking) 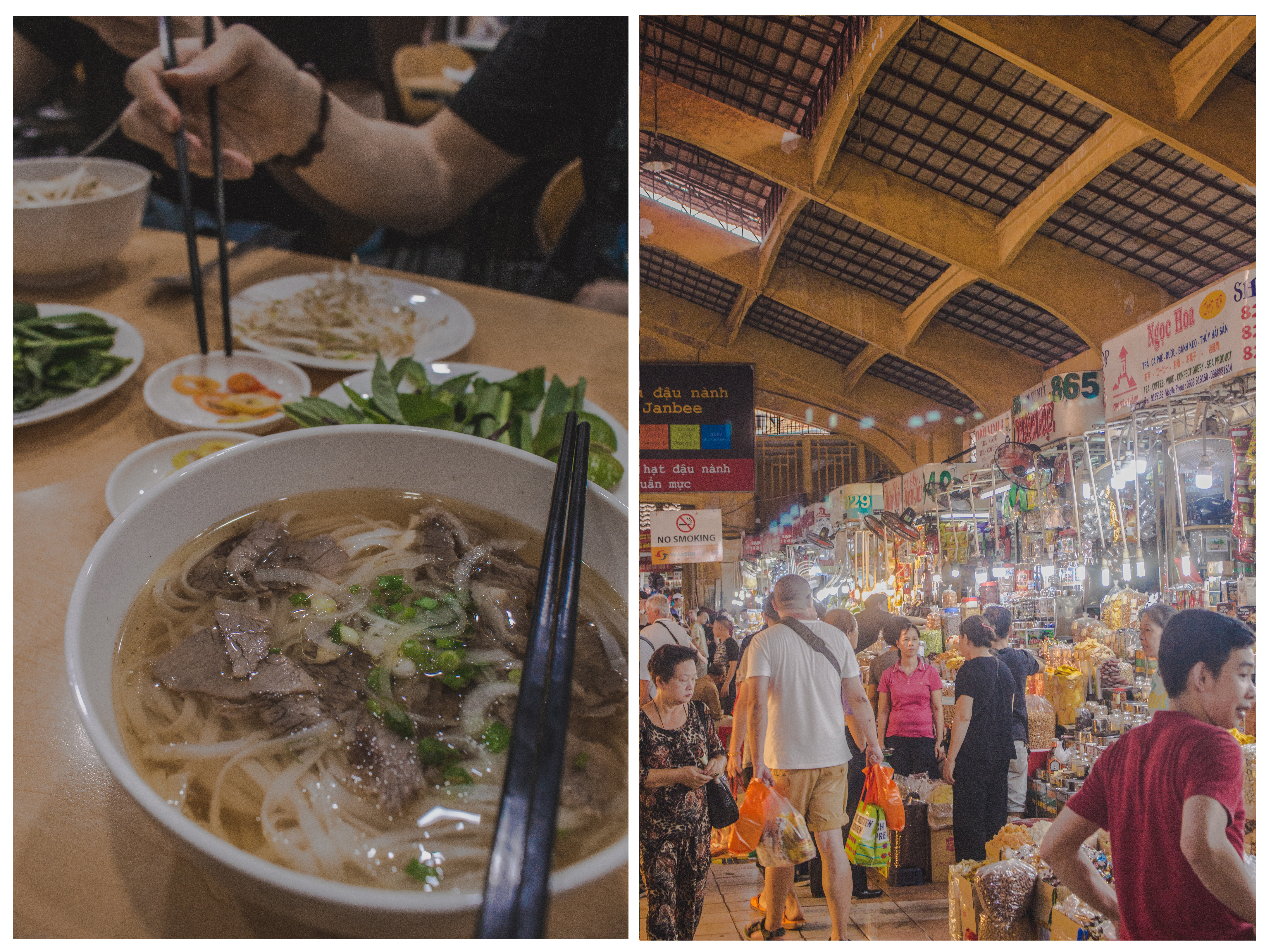 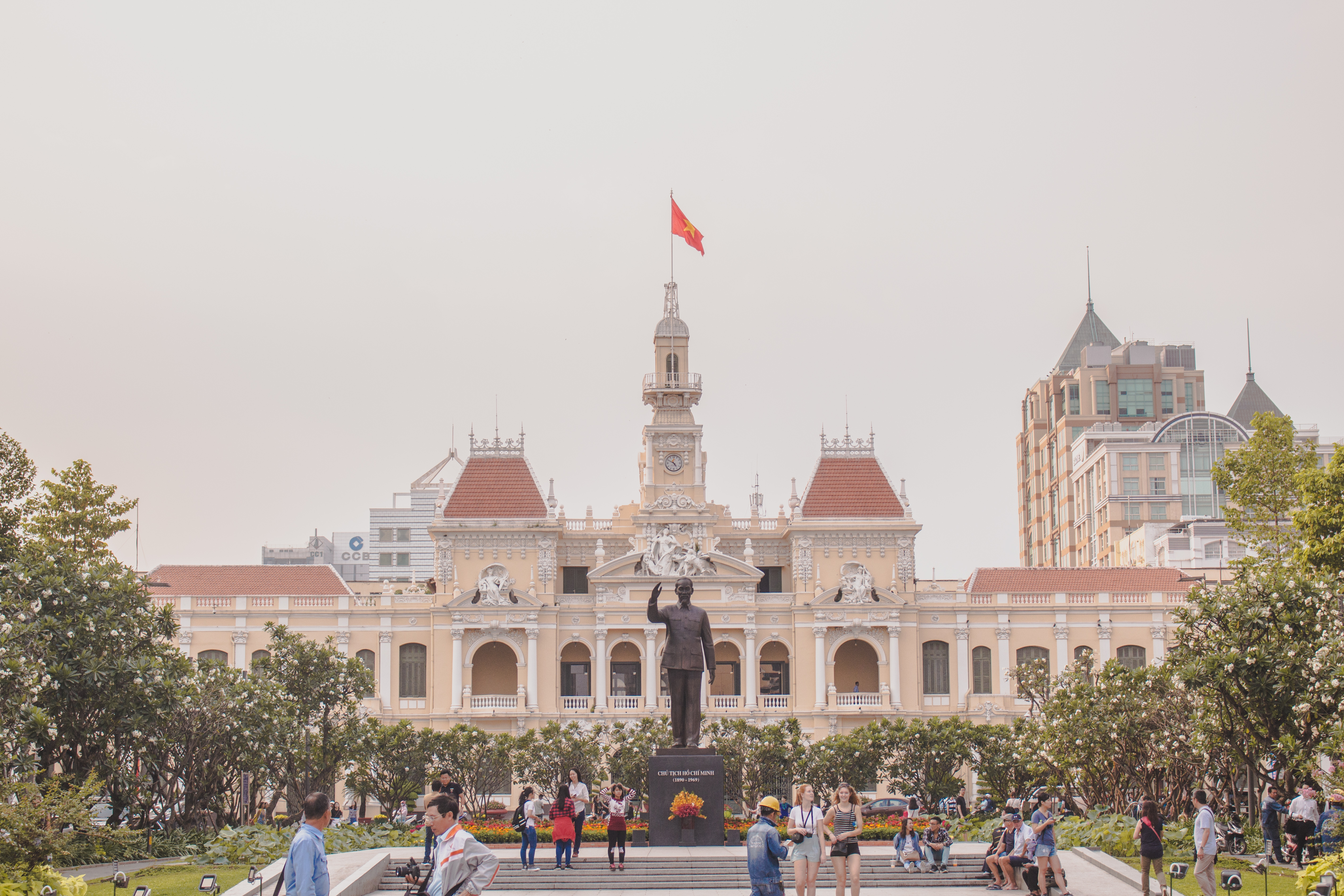 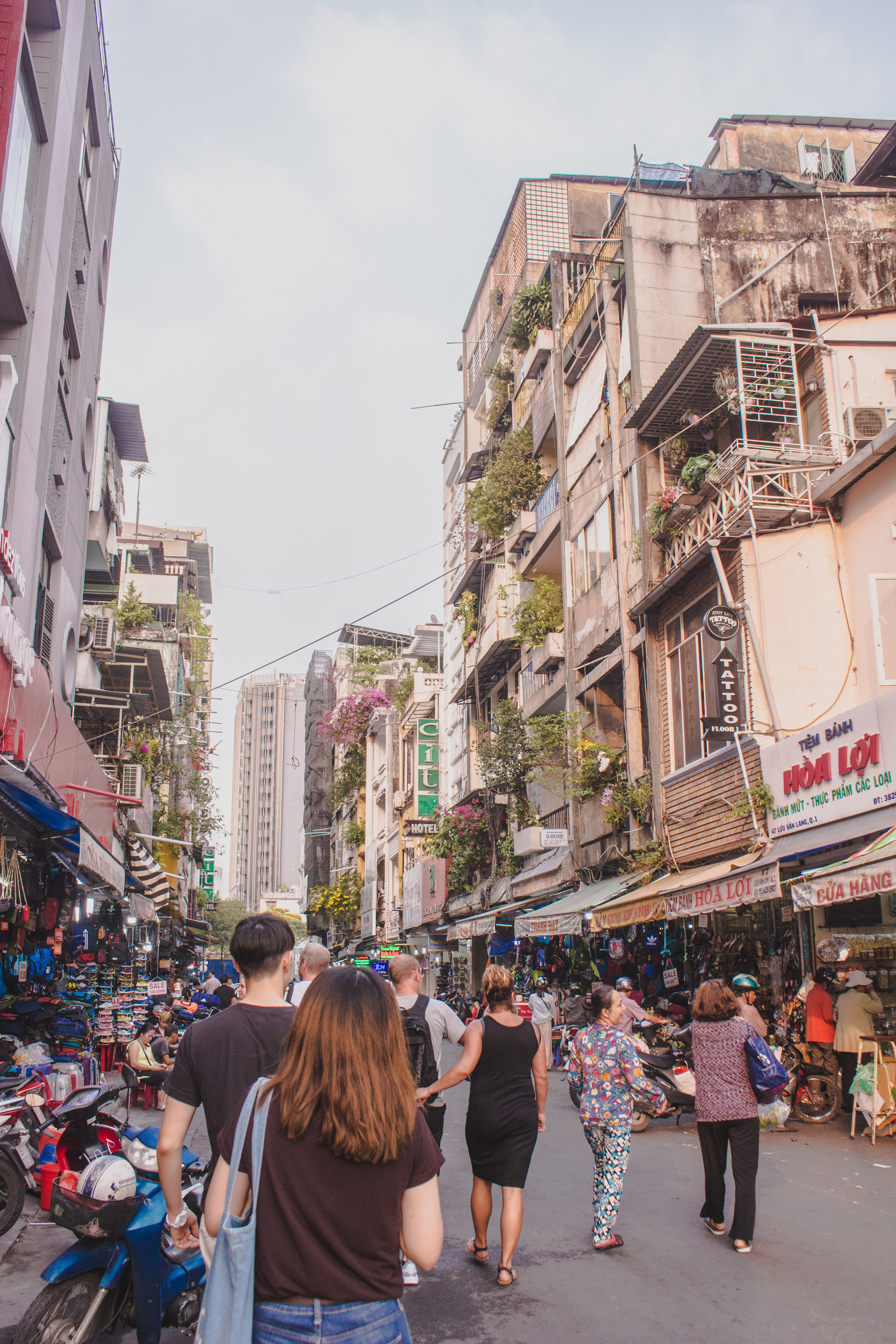 We decided to find a cafe to chill after lots and lots of walking, and a friend we lived in HCMC for a couple of years suggested this placed called L’usine.

It definitely feels different from the Ho Chi Minh we’ve been experiencing for the whole day. This place feels lush and high-class, almost like a different country. Guess it’s nice to indulge once in a while huh? Haha. Ordered coffee and cakes and simply just relaxed the evening away.

The ambitious us decided to try a roadside restaurant near the Airbnb again for dinner. This time it was worst, no pictures to help us, my friend just pointed at the seafood that we wanted and we prayed they cooked it in a delicious way. And boy were we surprised, best clams and scallops I had! Interestingly, they didn’t serve white rice… or any rice related thing for that matter? They served bread though, which I though was interesting.

So my advice to everyone of you, don’t be afraid of trying new things because you may discover the best part of your travels at places like these

But it was a great meal, super delicious flavors! Would go back definitely!! Eating by the roadside was such a great experience, everyone else were locals except us! They were looking at us like we were aliens or something! But I think they were also trying to help us because we looked so helpless at first! But the language barrier was really an issue.. Haha, great experience nonetheless! 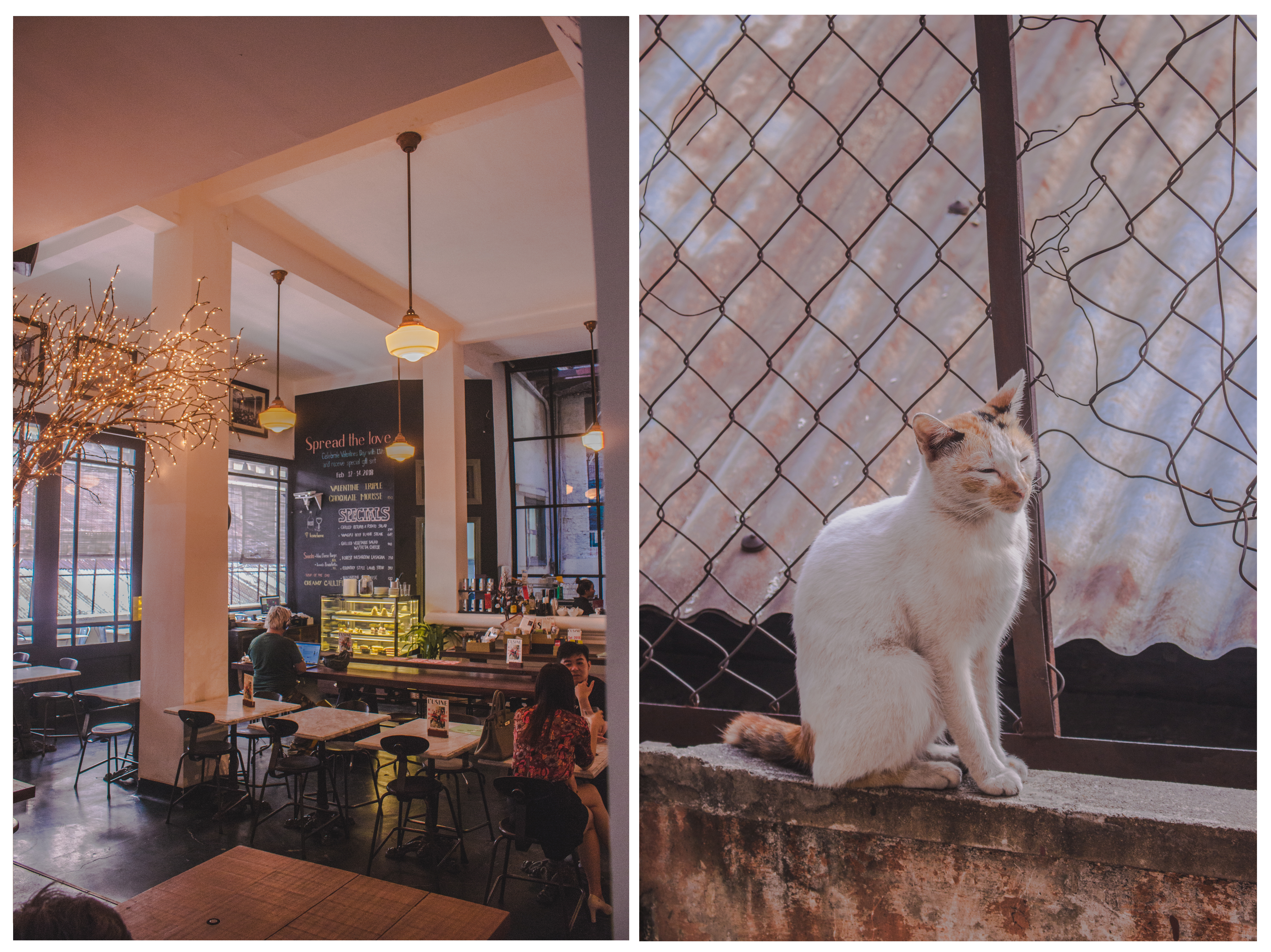 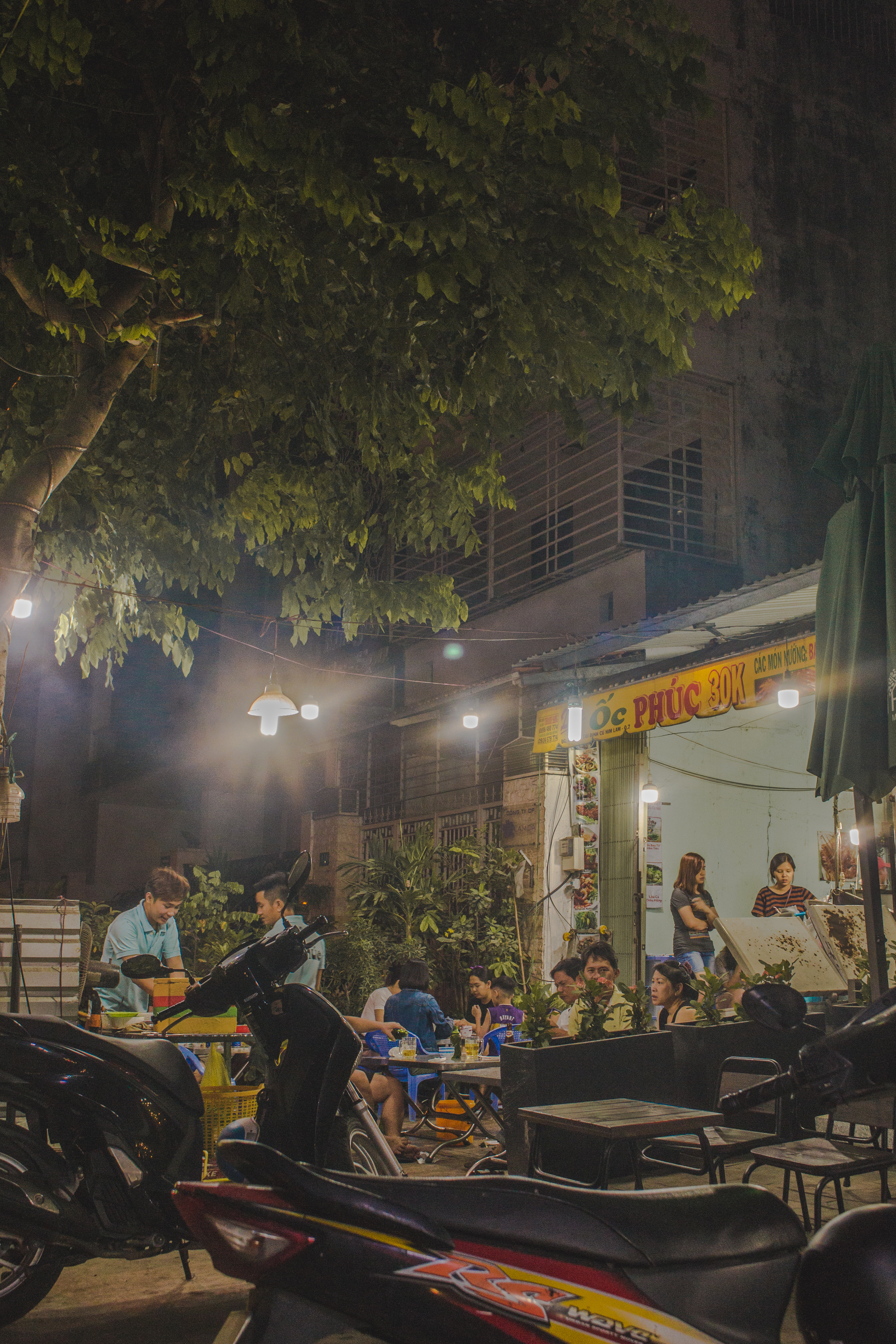 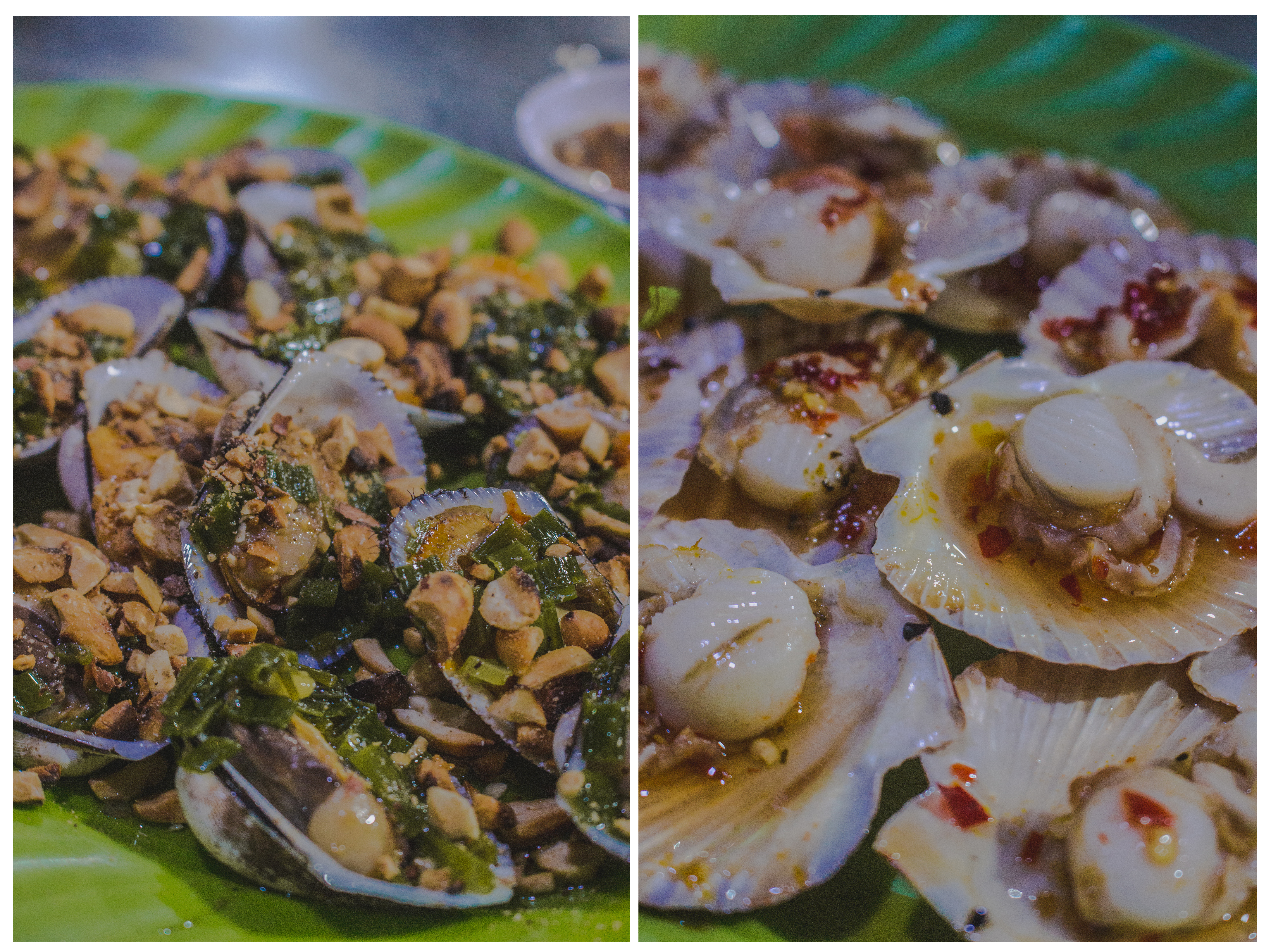 Second day really stretched our stomachs a lot! But all the good food was worth it! I really love the seafood we ate for dinner and the Pho!! I still think about the Pho from time to time 🙁

What’s your favourite Vietnamese dish? Let me know in the comments below! Thanks for always reading, hope you have a nice day!

Click here to read how Day 1 in Vietnam went!