Walking down Garuso-gil, you will find huge gates open (which are pretty hard to miss because of how grand it looks) leading to a pathway lined with bamboos. You’ll definitely be intrigued, and when you walk in, on your right you’ll find the newly opened Cafe Kitsune! Thats’s right! The famous Maison Kitsuné brand that opened the cafe in Paris and Japan has now opened a new branch in Seoul! 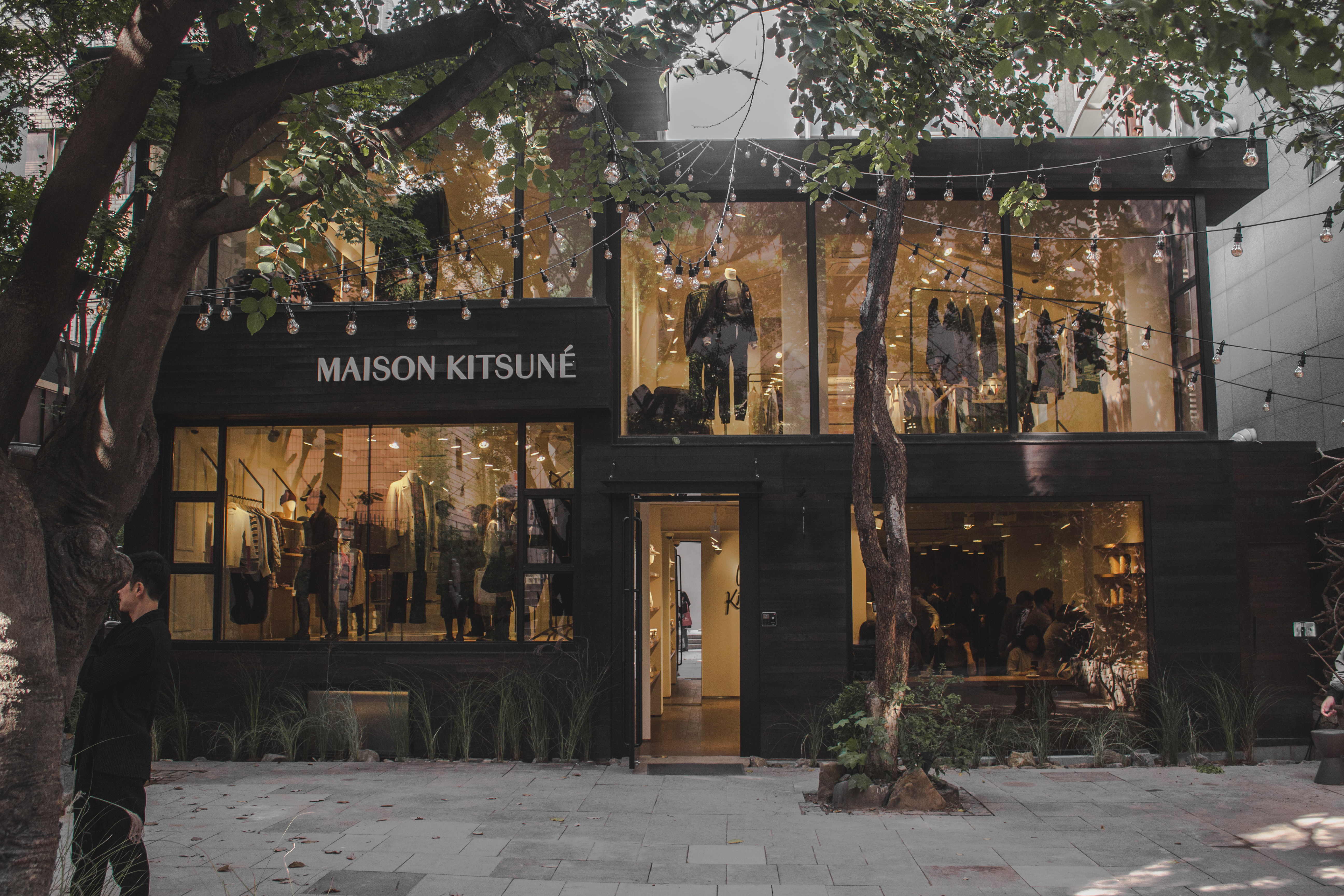 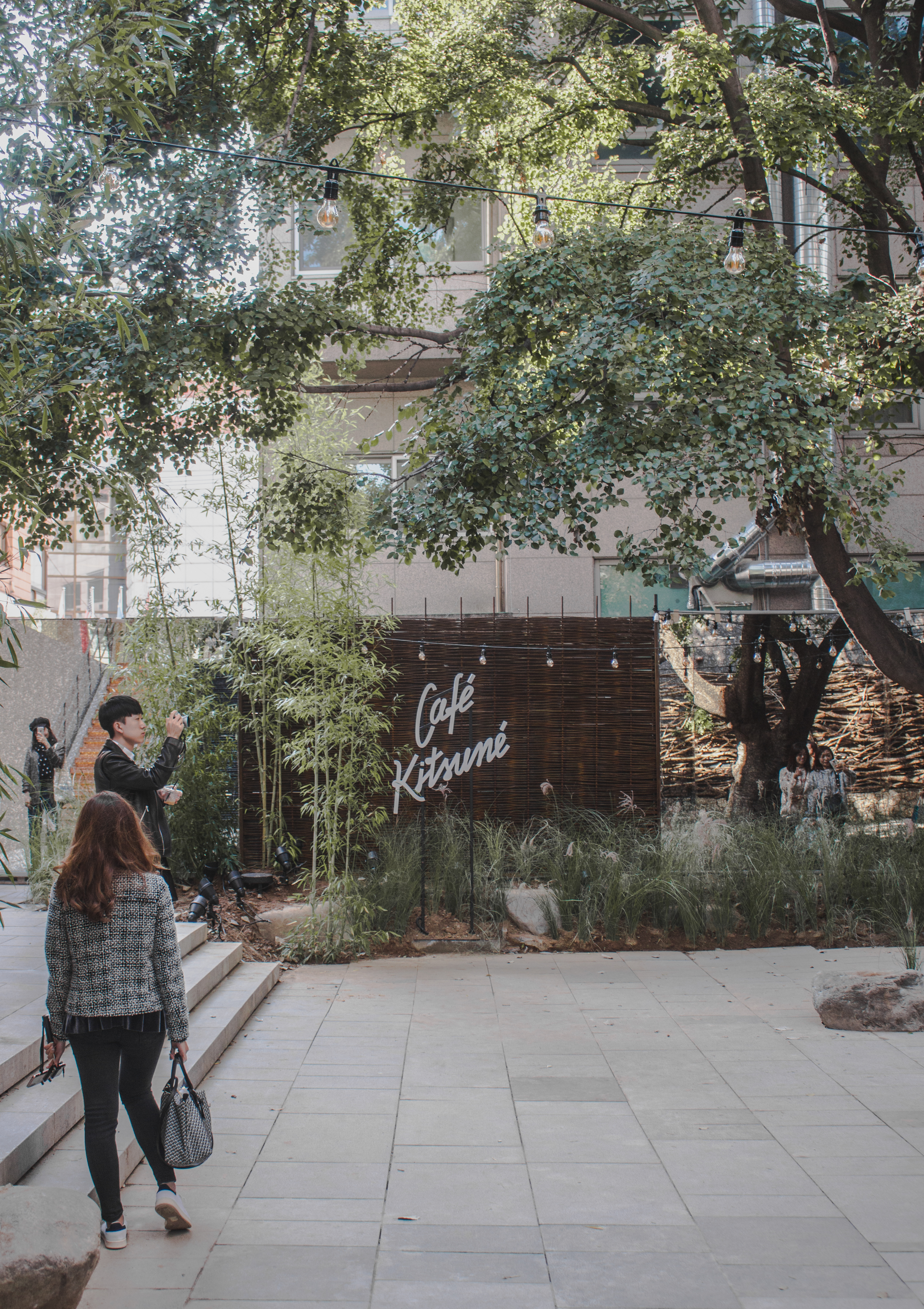 The cafe gives off a very Japanese vibe, probably due to the bamboos and how wood is incorporated into the entire design. The cafe is so popular now that it’s almost impossible to take photos, even getting a seat is difficult. There’s not much seating space in the cafe, because I’m assuming that most people are going to take out their coffee here and continue strolling along garosugil. 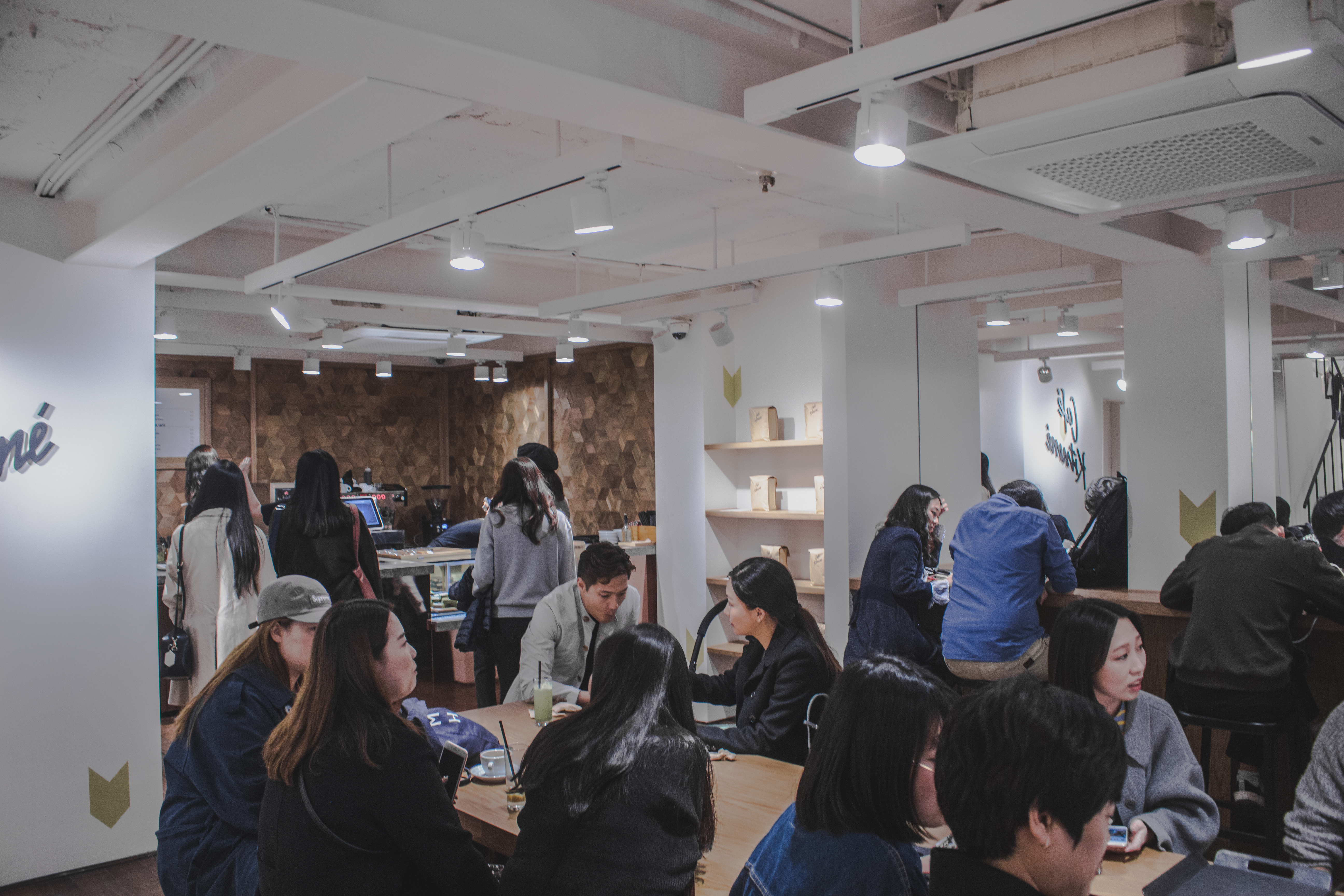 I went during the soft opening of this cafe, but since then this cafe has opened officially, with tons of people flocking to the cafe just for the fox! Almost three quarters of the entire space is dedicated to a retail store, where you can buy apparel from the renowned brand, also the very popular tote bags, cups etc. A basic cappucino here will set you back around 6,000 won.

The cafe gives off a different vibe when it starts to get dark and the lights are switched on. I honestly recommend coming near the evening (weekdays because less people) as it’s really prettier at night! There’s also a nice outdoor seating area on the left that most people don’t see, so before it gets really cold, it’ll really be nice to enjoy a cuppa outdoors! 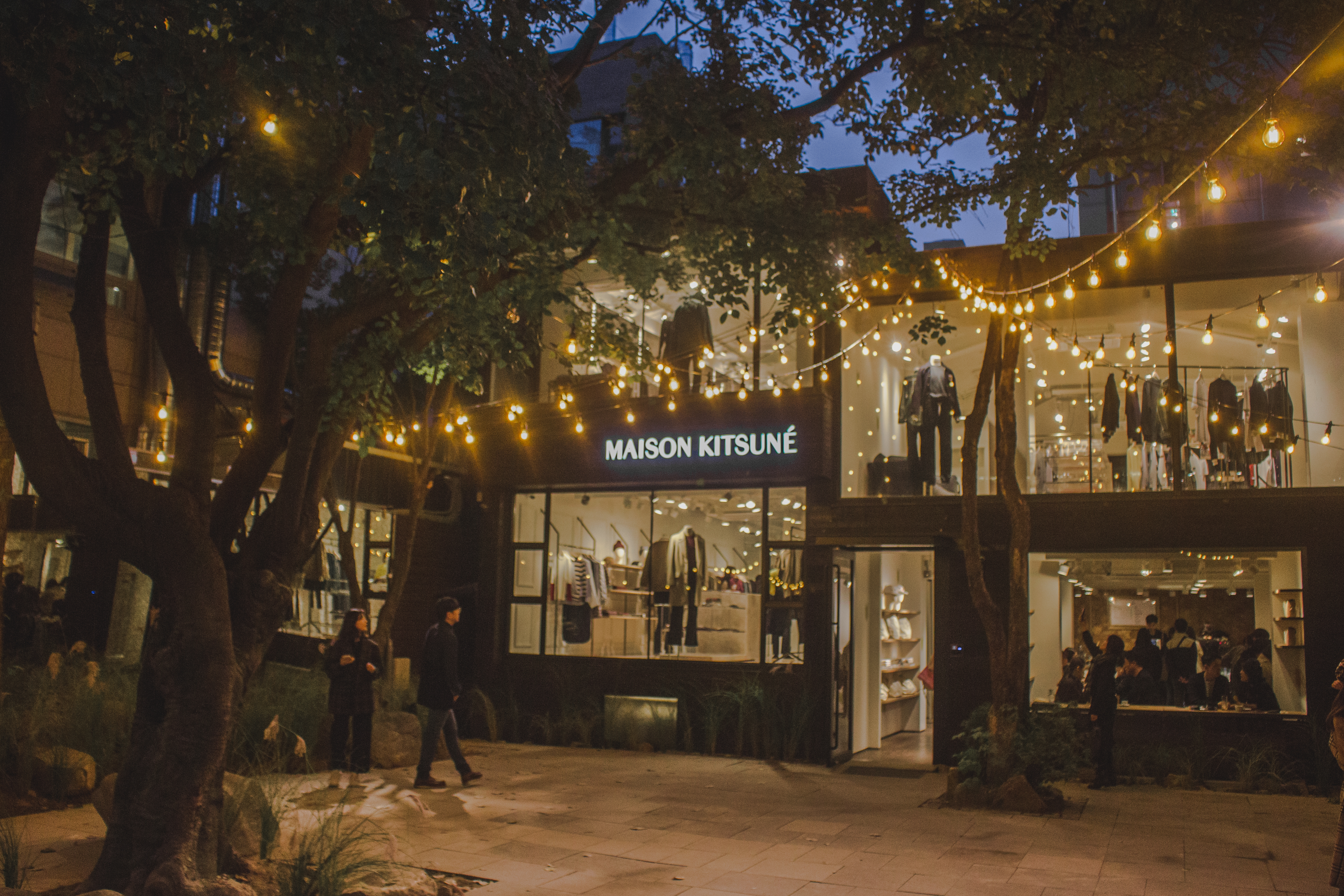 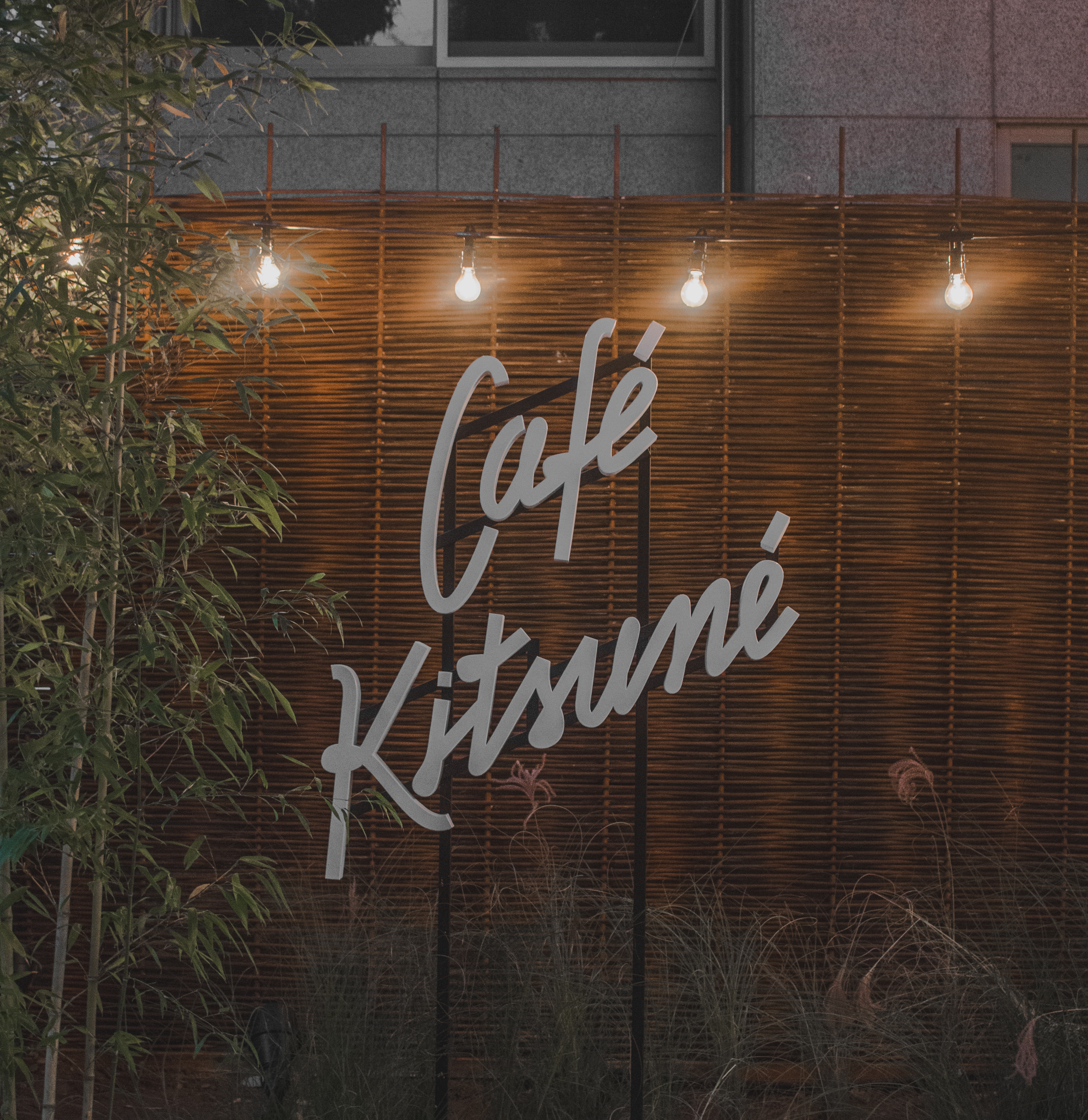 Unable to communicate with Instagram. This may be a temporary problem. Please try again soon.